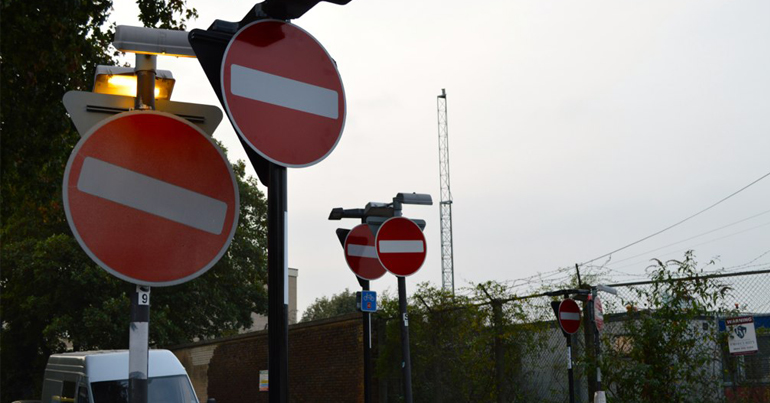 Martin Sellner is the head of the Austrian branch of far-right youth group Generation Identity. He planned to take the microphone at Hyde Park’s Speakers’ Corner in London on 11 March. But on 10 March, news broke that Sellner was detained at the UK border:

Breaking: White Supremacist Martin Sellner of Generation Identity has been arrested at the UK border and will be deported tomorrow. Ironic considering he called for all non-whites to be deported! LOL Good night white pride! pic.twitter.com/Jf4BoS5jqD

Twitter users reacted with amusement. The situation’s irony was celebrated by groups opposing the far-right:

I am, of course, against deportations. In this case however, good riddance, and LOL. Now, go and whinge about it in whatever internet hole you occupy Martin. https://t.co/xJ0MNvEJl3

As well as heading up Austria’s Generation Identity, Sellner is known for organising the Defend Europe project. This project saw far-right activists charter and crew the C-Star ship in order to disrupt the rescue of drowning migrants in the Mediterranean.

This last issue led to the C-Star being rescued by a ship also used to assist migrants in the Mediterranean. And it brought an end to the Defend Europe project.

Since Defend Europe’s failure, Sellner has become a figurehead for nationalists and the far right in Europe. In the UK, he has spoken at a conference of the right-wing Traditional Britain Group. And he’d intended to headline a September 2017 conference by the UKIP youth group Young Independence. But the event was cancelled after the host venue pulled out following pressure from anti-fascists.

Young Independence tried to host another event for Sellner on 10 March. But this too was cancelled after the host venue pulled out. And it led Sellner to arrange a talk on “free speech” at Speakers’ Corner on 11 March instead.

Though Sellner was unable to attend, Generation Identity still held a small rally on the pavement outside Hyde Park:

But it’s not just Sellner

Sellner’s deportation is a satisfying moment of irony. But let’s not forget that his anti-immigration views can be regularly seen in the pages of UK newspapers. The government may have kept out Sellner and his rant about “free speech”, but it’s clear that his toxic ideas are already very present within the UK’s borders.

– Support Stop Funding Hate, which tries to starve newspapers such as the Daily Mail of advertising revenue.

– Check out your local anti-fascist group.