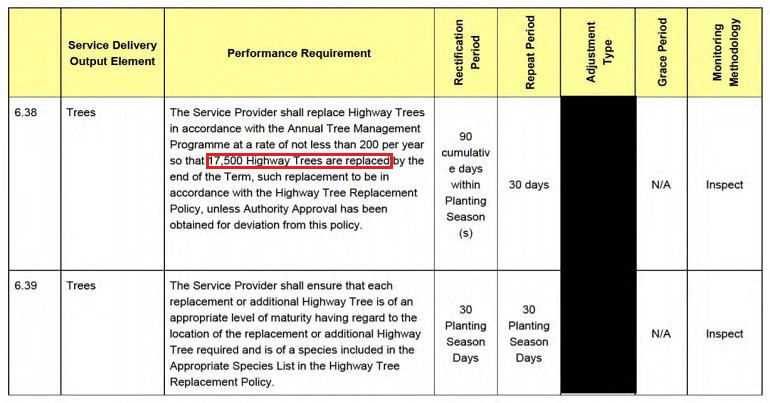 Labour-run Sheffield City Council is having to back-pedal in the ongoing tree felling saga. Because fresh evidence relating to the contract for the controversial programme reveals the council has been withholding the extent of the felling; with one campaigner calling it a “smoking gun” in the battle for Sheffield’s trees.

As The Canary previously reported, Sheffield Tree Action Groups (STAG) are campaigning against the felling of trees around Sheffield. The city’s Labour-led council is undertaking a 25-year, £2bn highway maintenance programme which includes the felling of trees. Now, the council has released previously hidden information on the number of trees Amey is contracted to fell.

The service provider [Amey] shall replace Highway Trees in accordance with the Annual Tree Management Programme at a rate of not less than 200 per year so that 17,500 Highway Trees are replaced by the end of the Term…

According to The Yorkshire Post, campaigner Paul Selby called this evidence a “smoking gun” that confirms campaigners’ suspicions about planned felling targets. He said councillor Bryan Lodge, cabinet member for the environment at Sheffield City Council, had not approved any change in the contract details:

If they had decided to deviate from the contract figure, surely he would have said so…

But Lodge has disagreed. He said:

Any suggestion that 17,500 trees is a target or a requirement is an incorrect interpretation of the contract, and indeed the High Court was clear that the ‘objective of the council has been to retain trees where possible.’

The contract wisely gives the ratepayer ‘insurance cover’ to ensure we aren’t vulnerable to long term risks as the health and impact of our street trees continue to change over time. If for any reason, such as major disease outbreak, the council has to replace a number of trees it can do so without any extra cost to the Sheffield ratepayer.

However, the council continues to aim to minimise the number of trees being replaced.

Lodge also said that “it has always been, and remains, difficult to estimate an exact final figure for the number of trees that will need to be replaced, as tree condition will vary with time”. But it appears he is back-pedalling. Because High Court papers from 2016 show that David Caulfield, the then-director of development services at the council, told the court that [pdf, p17]:

As at February 2016, 3670 trees had been replaced, and another 1194 had been identified as requiring replacement. Mr Caulfield’s estimate is that another 750 to 1800 trees require replacement.

exaggerated the extent of felling which will be required. The figure of 10,000 to which the Claimant refers is the number of trees removed over 25 years, and takes no account of the number replaced, nor that most street trees will be retained

But party councillor Alison Teal claimed last year that the council wants to fell around 18,000 trees, implying she had seen the contract. It appears her claim was correct.

In 2012, the council gave outsourcing company Amey the contract for street maintenance; and therefore tree care. But STAG claims that Amey has ignored 30 years of agreements on street trees. The council based the agreements on consultations with local communities. STAG says, however, that the felling is more about “maximising Amey’s profits”.

So since 2014, residents have been protesting about the planned felling of trees. But after a series of demonstrations, one of which saw two pensioners arrested and 12 police officers present to protect the council’s work, the Labour-led authority took protesters to court. And on 15 August 2017, the judge in the case ordered a group of protesters to be barred from taking “unlawful direct action” or from “encouraging others to take direct action” against the tree felling. After the ruling, the council said that anyone who tried to protest “inside a safety zone” around the tree-felling area would be in contempt of court and face the risk of a fine or imprisonment.

But a judge later clarified the previous ruling, noting that any action would only be unlawful if protesters went through an “unbroken barrier” on public land.

As The Guardian neatly summed up:

It has been a cat-and-mouse game since, with protesters becoming savvy to ways they can legally protest. They talk of “geckoes”, who try to cling to walls that are right up against, but outside, safety barriers, and “gnomes”, who sit in private gardens overhung by street trees, but again outside safety barriers. Then there are the “bunnies”, who dare to hop over the safety barriers and break the injunction; they often wear masks.

Things quietened down after reaching “fever pitch” in January, but the felling resumed on 26 February, as did the protests. As The Canary previously reported, residents have come out again in force to oppose the council’s actions.

But this latest news now puts Sheffield City Council firmly in the eye of the storm. Because of its previous claims on tree numbers to be felled, and its accusations in court that campaigners were exaggerating, those against the felling are now likely to further step up their protests.