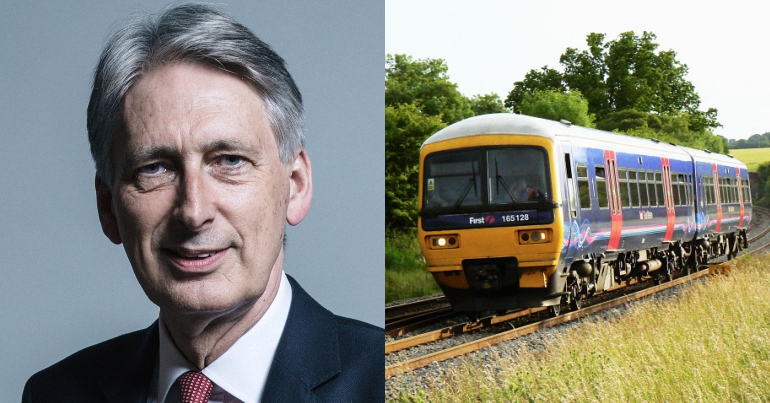 On 13 March, the Conservative government launched its ‘millennial railcard’. Announced during the autumn budget, the railcard is for those aged between 26 and 30.

The Conservatives got a bit of a shock during the 2017 general election. The party thought it could ignore young people, who’ve long been ignored and regarded as ambivalent and apathetic to parliamentary politics. Until they voted. In numbers. For Labour. So the Conservatives thought they’d better do something to woo them back.

In response, the Conservative Party launched the ‘millennial railcard’. Chancellor Philip Hammond said the railcard would give:

4.5 million more young people a third off their rail fares

But it didn’t exactly go to plan.

To start with, the government decided to ‘trial’ the railcard by only issuing 10,000 of them. Hardly the 4.5 million Hammond claimed it would help. Unsurprisingly, this led to increased demand. And the website crashed.

People were not impressed:

I spend about £100 on train tickets a week. This 26-30 #railcard could save me £1000's. When it was announced, I built it into my yearly budget – it makes a huge difference! And then they let everyone down by only 'trialing' 10,000 and letting the buying system crash #railcard

Others had ideas of how the limited number could be rolled out into other areas:

The next time MPs are due to have a pay rise, could we have a national trial where only 1 in 500 (i.e. 1 MP) gets it. Would be fun to watch them compete. And maybe make the website where you apply for it crash repeatedly? #railcard #justanidea

Further people saw it is an a damning indictment of the government:

The railcard was only ever a sticking plaster – a nod to the generation that the Conservatives ignored. And gaining a third off train journeys was never going to compensate for those who are saddled with massive student debt, are on zero-hours contracts, or have been priced out of the housing market.

But a railcard? Surely even the Conservatives could launch a railcard without it turning into an unmitigated disaster? Apparently even this was beyond them. And it has to make us all wonder if they could even organise a piss up in a brewery.

– Support The Canary and join our membership scheme.