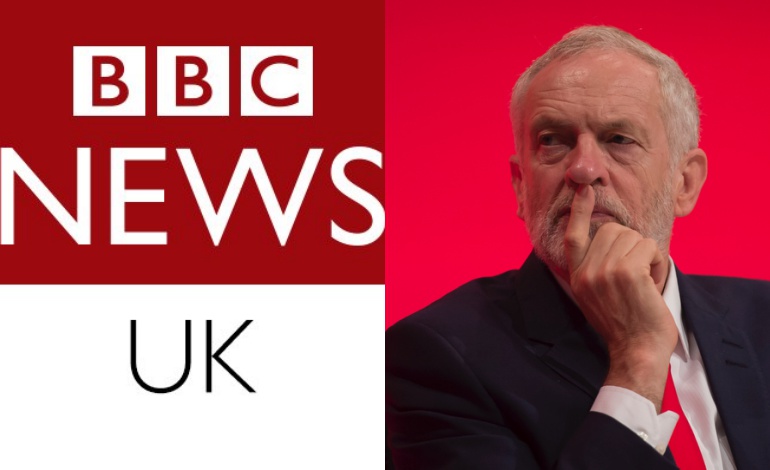 On 29 January, the BBC claimed that the “youthquake” rise of young people voting for Corbyn in the 2017 General Election was a “myth”. The BBC commissioned the British Election Study (BES) to write this story. But it was BES who also conducted the research, using a very limited number of participants. And this story has since been picked up across mainstream media. It may be a clear example of anti-Corbyn bias from the BBC.

According to the BBC a “surge in youth turnout” in 2017 initially explained “Labour’s unexpectedly strong performance”. BES explains that previous “opinion polls lent weight to the idea” that Corbyn “enthused previously disengaged young voters”. But, it claims, new research challenges the idea of a “youthquake” or “political awakening among millennial voters”.  According to the BBC, BES claims:

The trouble is, it seems there was no such “youthquake”

It goes on to explain that “increasing youth turnout” was part of Corbyn’s strategy. But apparently:

winning the support of more of the young people who vote is not the same as a surge in youth turnout.

Whilst acknowledging “the BES face-to-face survey isn’t perfect” it claims these results:

are as close to the truth about who turned out to vote as we can get.

And experts are challenging the authority of the BES study.

Hundreds of thousands of extra young people registered to vote. Find it incredibly hard to believe that youth turnout 'decreased' in 2017 in light of all the other evidence and polls. Hope young people ignore idea their power is a 'myth'. https://t.co/QquN5gWlFn

We would also add first that the BES study was based on a sample of 151 18-24yr olds. And that the #youthquake was not just about turnout, but also about switching of youth vote (especially young women) towards Labour which will have consequences for years to come!

To completely dismiss the "Youthquake" phenomenon and state that people "got it so wrong", based on a self-reported turnout sample of 151 18-24 year olds, is rather interesting indeed. Certainly interested to hear the thoughts of the BBC article editor @duncanjwalker.

The BES sample for young people (151) was very small and contradicts many larger polls. We cannot be absolutely sure of turnout figures, but the political interest of young people in the run-up to the election was higher than at a similar point before the 2015 election.

As Ehsan told The Canary, ‘Youthquake’ signalled a major shift in UK politics:

Youthquake was a multi-faceted phenomenon – one which signalled social, political and cultural change. Socially, we have seen the rise of a young cosmopolitan left which seeks to challenge neoliberal orthodoxy and traditional notions of nationhood.

And Sloam explained the importance of this:

Voting is habit forming so if young people turn out to vote for particular party this time around, they are very likely to vote for that party next time around too!

The BBC, however, stands by this story.  A spokesperson told The Canary:

This is an analysis piece by the country’s leading academic election analysts. The British Election Study team make clear throughout that, as with any survey, there is always a margin of error. This is why they say ‘turnout among the youngest voters was between 40% and 50%’ in both the 2015 and 2017 elections. The methodology they use provides the most widely trusted breakdown of the 2017 General Election result. What is clear from their work is that while young people were more likely to vote Labour, there was no surge in youth turnout in 2017.

In the 2017 election, support for Jeremy Corbyn among young people grew organically. It was often harnessed through social media, as Corbyn memes and hashtags like #seshthevote went viral. As Ehsan told The Canary:

Culturally, the importance of social media campaigning has become stronger than ever, with the internet becoming a ‘political battleground’… social media and online forums have become spheres where young people not only digest political information – but also increasingly share it.

The #GrimeforCorbyn movement saw artists like Stormzy directly connected to empower young voters. Artist AJ Tracey spoke out about homelessness. JME met with Corbyn to explain “why bare of us don’t vote”.

Corbyn… has come to dominate the social media space – one which is generally occupied by young people.

But the BBC, and mainstream media, have labelled this political empowerment a “myth”, based on one survey of 151 young people. Does this accurately reflect the voices of young Corbyn voters? Or is it an attempt to undermine genuine support for Corbyn among 18-24 year olds? Is this responsible journalism? It seems to be another example of anti-Corbyn media bias.