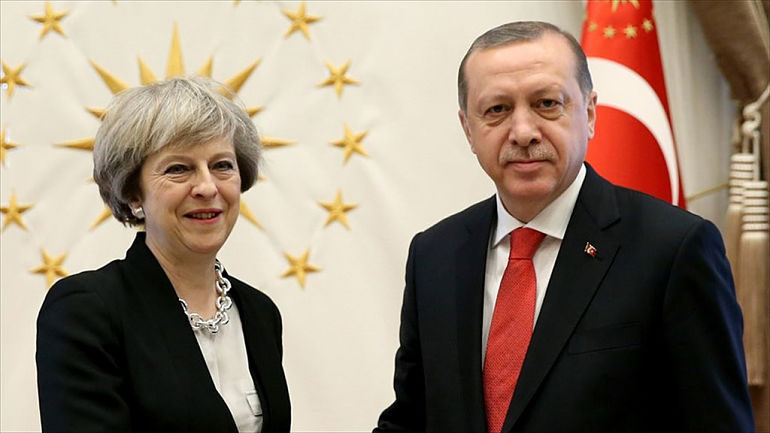 A group of Kurdish women occupied Conservative Party headquarters in London to protest against the British government’s supply of arms to NATO-member Turkey. Since 19 January Ankara has aerial bombed the mainly Kurdish populated province of Afrin (northern Syria) with many civilans, including children, killed or injured in the onslaught.

The occupation of Conservative HQ took place on the afternoon of 29 January:

The Canary previously reported on how most of the casualities resulting from the Turkish offensive have been civilians, including children. This has been confirmed by journalist and Middle East expert Robert Fisk. According to another report, on one day alone (24 January) 35 civilians were killed and 106 wounded by Turkish forces.

And one of the latest reports from the Syrian Democratic Forces (SDF) graphically shows the consequences of an attack by the Turkish military on the Afrin village of Gubli:

To UN, EU, NATO & all other institutions that go silent when Kurdish people are slaughtered. Here are the children dug up from under their homes in Gubli village of Efrîn. Airstrikes by your partner Turkey slaughtered them. WARNING GRAPHIC https://t.co/uEB3k47umn

Labour leader Jeremy Corbyn spoke about the plight of the Kurdish people at a rally on 27 January:

UK government also in the dock

So far, there has been no condemnation by the UK government. Perhaps this is because Turkey is still “a major buyer of UK-made weapons”, with a £100m fighter jet deal signed in 2017. Indeed, since 2015 the UK has sold Turkey £330m worth of arms.

As the Kurdish women who occupied Tory HQ pointed out, further arms sales must now cease. To do otherwise, leaves the UK open to accusations that it is complicit in the slaughter of Kurds.

– Join at least 400,000 Brits who have cancelled holidays in Turkey.