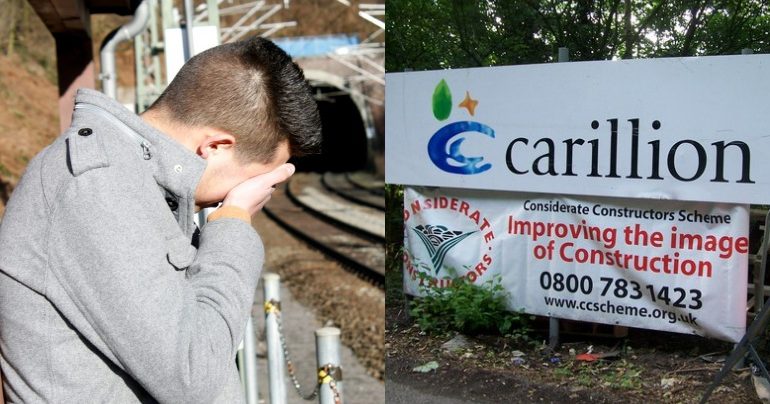 Over 1000 young people have been thrown into chaos after Carillion’s collapse. Because the outsourcing giant was also “the second largest provider of construction apprenticeships in England” with public contracts worth £6.5m. And those Carillion apprentices will soon be out of work.

On 29 January, skills minister Anne Milton, said that “apprentices would only be paid until the end of January”. So until these young people can find new employment they will be out of work.

Absolute disgrace! This simply isn’t good enough. Tory ministers had promised that these apprentices were being taken back in-house &that they were doing everything to keep them in training. But now they admit that they could stop being paid within a week. https://t.co/f71PhR4XHA

The Construction Industry Training Board says only 533 of the “company’s 1,400 former apprentices have received new job offers”.

But the implications of this run deeper, because over 90% of these apprentices are 16-18 years old. This age group has no entitlement to benefits. And benefit cuts under the Conservative government mean that those aged over 18 can’t claim housing benefit either.

Apprenticeships are the only opportunity available for many young people. And the collapse of Carillion comes only months after the announcement that privatised Learndirect will lose its contracts with the Department for Education.

Even with secure apprenticeships available, this age group faces rising challenges under the current government:

These are young people starting out in their careers and they have no idea if they will have apprenticeships this time next week. It’s simply not good enough – the government has a duty of care to these people. They should give a guarantee these people gain the skills to become Britain’s future workforce.

It’s likely that the fallout from the Carillion collapse has only just started. But it’s shocking that young people are paying the price of corporate greed.

Update: This article was amended at 2.50pm on 31 January. Learndirect has not “collapsed” but will lose its contracts with the Department for Education.