A campaigning lawyer has a message for workers: it's time for a 'new deal' [VIDEO] - Canary 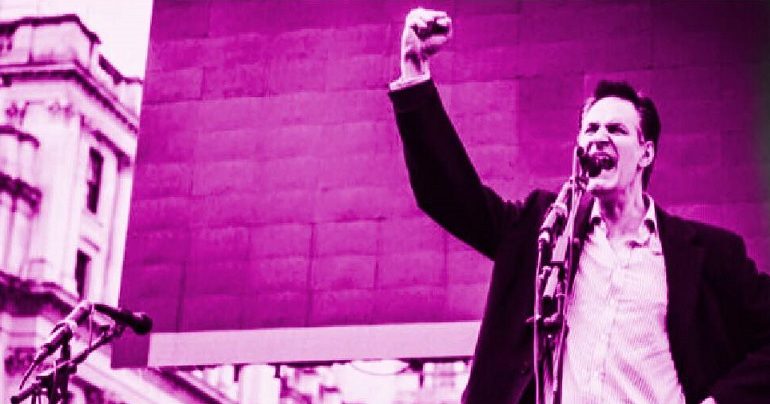 A lawyer-turned-campaigner has spoken to The Canary about why it’s time for a ‘new deal’ for workers, and why he’s supporting a major campaign by the UK’s biggest trade unions.

Peter Stefanovic is becoming well known on social media, getting a reputation for producing video shorts that cut through mainstream media bias. But now, he’s supporting the Trades Union Congress’ (TUC) campaign for a “new deal for working people”. And he told The Canary why it’s so important.

Stefanovic has teamed up with the Communication Workers Union (CWU) for the campaign. And he said:

It’s a huge honour for me to join forces with the CWU to support the TUC’s national march and rally for a new deal for workers on 12 May. They are a union in the vanguard of the fight for workers’ rights. In the first national strike ballot under the Trade Union Act, CWU delivered a record 89.1% ‘yes’ vote from a ‘threshold-smashing’ 73% turnout!

You can hear more of Stefanovic’s thoughts in his video on the campaign:

When 4 Million kids live in poverty, two thirds of them in families where at least one parent has a job, the system is rotten and it's time for workers to push back. That's why I'm joining @CWUnews to support the TUC march for A NEW DEAL FOR WORKERS on Saturday May 12! PLEASE RT! pic.twitter.com/eYZz1nzlQy

But the stark reality for many UK workers is that they’re barely earning enough to survive on. As Stefanovic told The Canary:

We have 4 million kids living in poverty, two thirds of them in families where at least one parent is actually working. 19 million people are on the verge of poverty. Yet we have to constantly listen to Theresa May spouting on about wonderful employment statistics. What about the 17 million people with less than £100 in savings?

All workers deserve a great job so everyone has a chance to progress and get on in life. The TUC will be joining with our unions and thousands of supporters. Together we will call for more and better jobs, and a more equal, more prosperous country.

Stefonovic calls life for UK workers “Victorian” and the system “rotten to the core”. He argues:

Why should a Carillion director be paid £55,000 a month while a nurse is paid a fraction of that? It’s the 21st century. And it’s time to demand a complete re-evaluation of the value of work.

And with life in Brexit Britain looking decidedly dire, workers should heed Stefanovic’s advice and get involved with the TUC’s ‘new deal’ campaign. As he told The Canary:

Workers have got to come together to fight for a new deal for themselves and their families. And that has got to happen now.