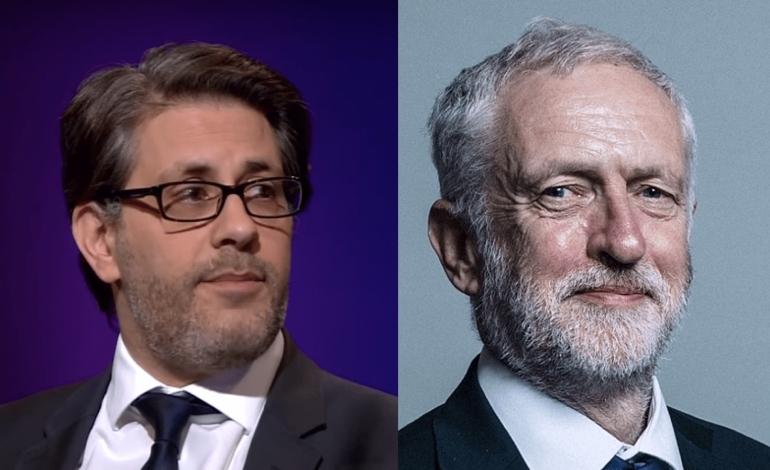 January 27 was Holocaust Memorial Day, a time to remember the millions of lives lost during the Holocaust. Various politicians wrote messages to mark the day. But former BBC Director of Television Danny Cohen used the occasion to imply Jeremy Corbyn was being antisemitic. He claimed, twice, that Corbyn left out mention of the Jewish people in his Holocaust Memorial Day message. He was wrong.

Jeremy Corbyn's failure to mention Jews in his Holocaust Memorial Day message is deeply offensive and speaks volumes about his attitude to the Jewish community.

But this isn’t the full picture. Corbyn produced two messages; one which he wrote by hand in the memorial book and another, submitted in advance, for inclusion in the printed sheet for a memorial service. His message in the memorial book noted “the millions who died” and in response to criticisms of it, a Labour Party spokesperson said:

Jeremy was clearly referring to the millions of Jewish victims of the Holocaust and their descendants.

We should never forget the Holocaust: The millions who died, the millions displaced and cruel hurt their descendants have suffered.

We should understand the way fascism arose in Germany and the circumstances that gave space for the Nazis to grow.

At this, and at all other times, we should reflect and make sure succeeding generations understand the power of words.

Let us use their power to educate to inspire but above all to build values of trust and respect.

In the longer statement for the service on 25 January (when Cohen made the accusation), Corbyn did include mention of the Jewish people:

Commenting on this other statement, Cohen later tweeted:

This sums it up. Good news to see the second statement; the first and longer statement does not mention the Jewish people. The Labour Party remains a difficult home for many British Jews. https://t.co/5oG0ISOzPh

But he is still mistaken. The message which doesn’t explicitly mention the Jewish people is shorter (95 words). And the statement printed in the service sheet is longer (187 words).

Theresa May left out mention of the Jewish people in her Holocaust Memorial Day message. As did Lib Dem leader Vince Cable. They did not come under similar criticism. Interestingly, the UK’s Chief Rabbi Ephraim Mirvis didn’t explicitly refer to Jewish victims in his Holocaust Memorial Day statement. Yet the media did not criticise Mirvis or accuse him of antisemitism. It seems Corbyn has been uniquely singled out in these accusations.

Cohen has so far failed to make an apology for his accusation against Corbyn. As Jewish Voice tweeted:

The editor of the Jewish Chronicle, Stephen Pollard, tweeted something similar yet later apologized & deleted the tweet when it was shown this was not true. Pollard added that Corbyn's message was admirable. Danny Cohen has not deleted the tweet nor apologized. pic.twitter.com/Cw3Ytsk249

The Canary contacted the former BBC chief for a comment but did not receive a response.