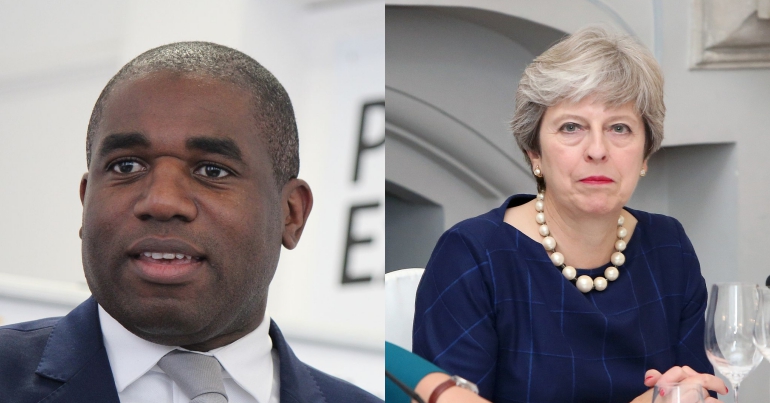 On 12 March, parliament held an urgent debate about the Turkish assault on Afrin in Syria. There was cross-party support for the Kurdish people trapped in the region. But it was Labour MP David Lammy who nailed one thing that Theresa May’s government desperately needs to do:

Shouldn’t the British government be absolutely clear that [Turkish President Recep Tayyip Erdoğan] must now end this offensive? And secondly, has the time not come to stop selling arms to this man, who is behaving like a despot?

Last night during the Urgent Question on Afrin I urged the Government to call on Erdogan to cease his barbarous slaughter and murder of innocent men, women and children and to stop selling arms to this despot @KurdsCampaign #Afrin #FreeAfrin @ICafrinresist @KurdishStudents pic.twitter.com/SoMGMD5mEs

Turkey has the second-largest army in NATO. And for over 50 days, it has been attacking the Kurdish-held Syrian region of Afrin. The local Kurdish health authority reports that the assault has so far killed 220 people and injured 600. Afrin city is now surrounded. And the UN believes 323,000 people are trapped there. Kurdish leaders claim the figure is closer to a million.

Erdoğan insists that Turkey is launching the attack to defeat the People’s Protection Units (YPG); the very people who the US and the UK have openly backed in the fight against Daesh (Isis/Isil), and who only months ago defeated Daesh in its Syrian capital of Raqqa.

But it wasn’t just the Labour Party supporting the people of Afrin. According to the Hansard parliamentary record, Conservative MP Bob Stewart stated:

This is an appalling and vindictive vendetta by Turkish forces against our strongest allies on the ground in the battle against Daesh and AQ [al-Qaeda]. Is there absolutely no chance of a UN-brokered ceasefire so that perhaps… we could put peacekeeping forces in to protect civilian people?

surely we should call out this invasion for what it is and, at this crucial moment, stand by the Kurds, without whom we would not have been able to defeat Daesh.

Other MPs talked about their Kurdish constituents. SNP MP Tommy Shepherd said he had spoken to people who feel:

an increasing sense of betrayal that this government and its allies are happy to welcome, indeed praise, the sacrifice of the Kurdish people in the fight against international terrorism, and yet when it comes to upholding their political rights they are met with silence.

He continued by calling on the government:

to stop the pretence that what is happening with the Turkish invasion of Afrin has anything to do with protecting Turkish territorial sovereignty and to admit that it is all about degrading the aspirations of the Kurds in any future political settlement which will one day follow the end of this conflict?

Speaking for the government, minister for international development Alistair Burt said little that will comfort Kurdish communities. He refused to acknowledge arms sales and most of his answers were variations on:

Both US and Kurdish officials insisted at the start of the Turkish invasion that there was no evidence that the YPG had attacked Turkey. And Afrin was actually one of the calmest areas in Syria until Turkey decided to increase its attacks, hosting tens of thousands of refugees with little international support.

But the UK government’s attitude is unsurprising. The Conservatives seem more concerned with selling weapons to Turkey than protecting Kurdish communities. In May 2017, Theresa May negotiated a £100m deal to help Erdoğan develop fighter jets and improve trade relations.

It’s time for all of us to get involved. Now.

– Support the Kurdistan Solidarity Campaign and attend one of the emergency protests.