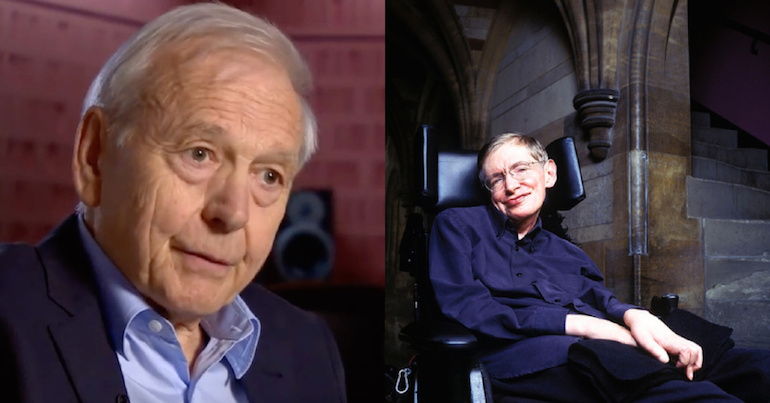 Across the world, people have paid tribute to Stephen Hawking. Fellow scientists described him as “unique”, a “genius” and “a beautiful mind”. But this wasn’t enough for BBC Radio 4 presenter John Humphrys. Interviewing scientists Brian Cox and Carlos Frenk, Humphrys asked the crassest possible question:

I wonder whether he was ever, or whether it was ever said of him in your profession, that he was cut a bit of slack because he was so desperately disabled.

John Humphrys Oh I am sorry but what a complete and utter cockwomble; send him back to Splott if they will take him

Others questioned whether it is actually Humphrys himself who is cut some slack due to his own privilege:

The crassness and ignorance of John Humphrys today on @BBCRadio4, asking if the scientific community gave Stephen Hawking some slack because he was disabled. Can I ask the @bbc, do you give Humphrys slack because he's a white, wealthy, middle-aged man?

And many people argued that it’s time the BBC finally sacks him:

@BBCr4today, would you please dispense with the services of John Humphrys, The man continually embarrasses both himself and the BBC with his insensitive and asinine comments. Today was no exception, sadly! https://t.co/S1f5ZhETBS

There are no excuses for Humphrys’ line of questioning. Asking if one of the most brilliant minds for a generation was ‘cut some slack’ because of his disability is insulting, patronising and archaic.

People with disabilities have long fought for recognition on their own merits. And Hawking is one of many people who provide a shining example of the fact that disability is not a barrier to brilliance.

This line of questioning has no place anywhere. Let alone on the BBC. Surely it’s time to get this over-privileged, overpaid man off our airwaves for good.