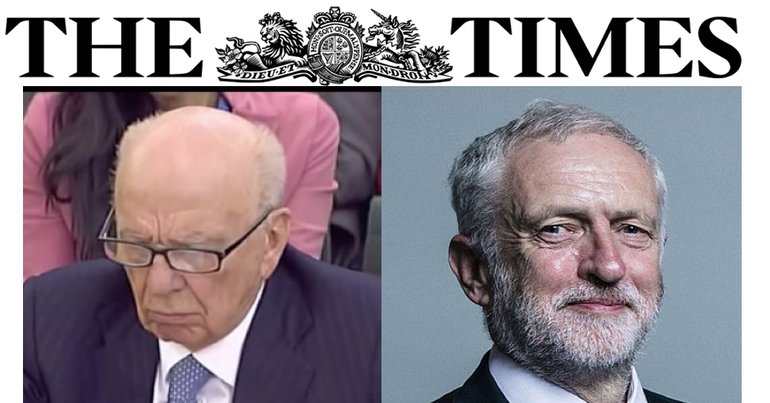 The Rupert Murdoch-owned Times newspaper ran a breathless scoop today entitled Jeremy Corbyn’s drive for tolerance ‘gave platform to extremists’. But before the ink was dry, it got debunked by the former Assistant Deputy Commissioner of the Metropolitan Police.

The Times piece opened with this:

A campaign against Islamophobia launched in parliament by Jeremy Corbyn gave a platform to supporters of jihad, a report claims today.

Yes, The Times‘s entire story hinges on vilifying a few speakers at events surrounding Islamophobia Awareness Month. These include:

Moazzem Begg – held extra-judicially by the US in Guantanamo Bay without charge for three years. Later cleared by the Crown Prosecution Service (CPS) in the UK.

Shakeel Begg – a London Imam who lost a libel case against the BBC over his alleged ‘extremist’ views. The CPS has never charged Begg with a terrorism-related offence.

Malia Bouattia – former president of the National Union of Students.

In fact, a group held an anti-Islamaphobia campaign launch in Parliament. @jeremycorbyn was just one of many speakers (as was I). At another meeting during the month-long campaign, organised by a completely different group, an alleged extremist spoke. https://t.co/M9QR1qzwHN

Jeremy Corbyn was among many parliamentarians who backed Islamophobia Awareness Month. This is unsurprising, given the five-fold increase in hate crimes against Muslims last year. Corbyn launched the month-long event in a “packed” Boothroyd Room in parliament, with attendance from across the political spectrum. These included centrist Labour MPs like Stephen Kinnock (who delivered the event’s closing speech) and Corbyn critic Wes Streeting.

The Times story relies entirely on a report by the Henry Jackson Society, a neoconservative thinktank accused of “pushing an anti-muslim agenda”.

Just over a year ago, The Times itself ran a story about the nefarious activities of the Henry Jackson Society. The Times reported that the thinktank had been paid £10,000 a month by Japan to “wage a propaganda campaign against China”. The society also pulled out of two All Party Parliamentary Groups rather than follow transparency rules which meant it would have to disclose its donors. And key members of the group have made troubling public comments on immigration and Islam.

In 2012, its then-director William Shawcross stated:

Europe and Islam is one of the greatest, most terrifying problems of our future

Current associate director Douglas Murray once claimed London had “become a foreign country” because white people were not the majority in some boroughs. And the image below shows Murray with his friend, anti-Muslim blogger Robert Spencer. In 2013, the Home Office banned Spencer from entering Britain to speak at an EDL march. And Norwegian far-right terrorist Anders Breivik quoted Spencer multiple times in the manifesto explaining why he murdered 77 people in the Oslo attacks of 2011.

In short, The Times ran a hit piece trying to link Corbyn to terrorism, based on the words of an extremist thinktank linked to far-right terrorism. Call that what you like, but it’s not journalism.