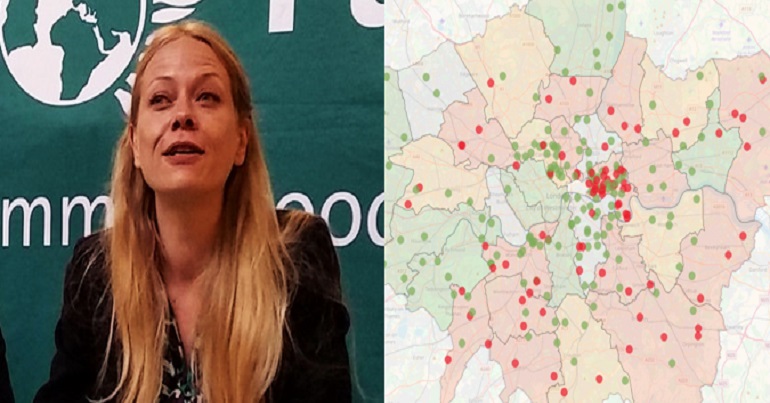 Research conducted by Green Party London Assembly Member (AM) Sian Berry has revealed what she calls a “crisis” in youth services. 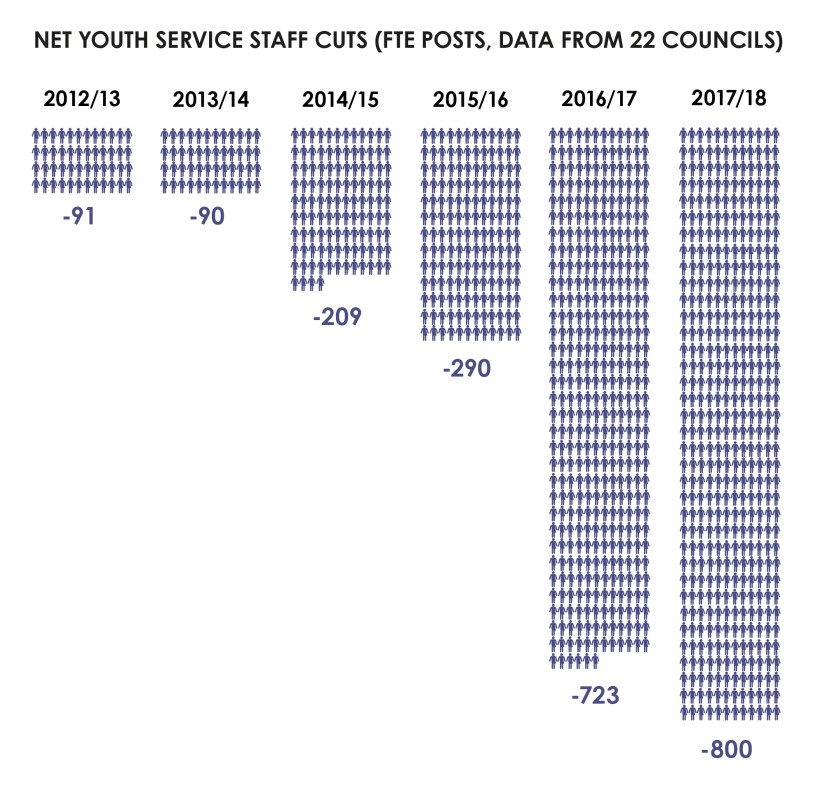 And Berry’s research shows that, since 2011, over £145m will have been cut from councils’ youth services budgets. The graph shows the new cuts and total shortfall for each year relative to 2011 levels: 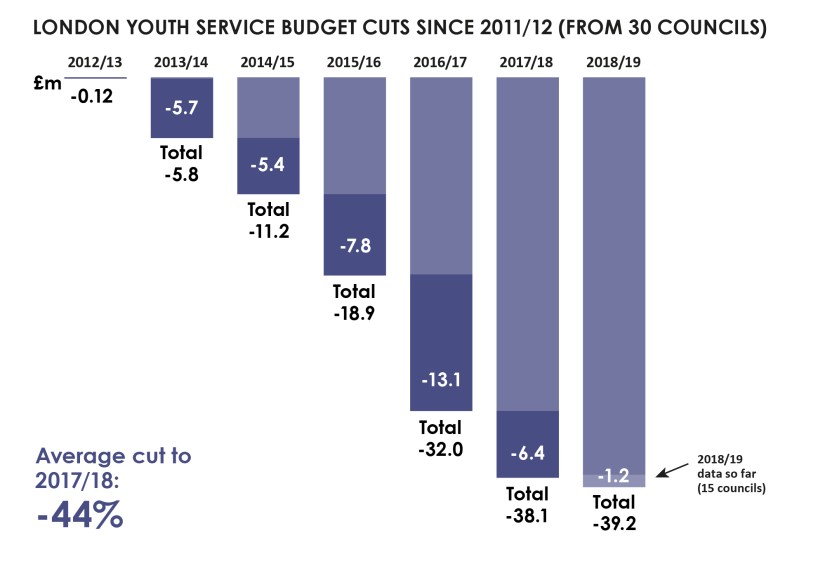 A “crisis” in youth services

Berry’s research does not paint a complete picture, as she didn’t get responses from all of the 33 local authorities in London. She has mapped closures of youth centres, so the public can see if they have been affected. Berry said:

My report gives credit to the Mayor for recognising this growing crisis at last and finding £45m over three years to fund youth projects in his most recent budget.

However, this will only go a small way to plugging the huge hole in youth service provision…

The Canary asked the London mayor’s office for a comment but had received none by the time of publication.

The national picture of cuts

Berry’s findings tie in with the national picture of youth service cuts. As the website Children & Young People Now reported, Department for Education figures showed that spending on youth services in England fell by 15.2% between 2015/16 and 2016/17 – from £527.9m to £447.5m. Separate research in November 2017 by the House of Commons Library, commissioned by the Labour Party, found that:

Berry told The Canary that cuts to youth services essentially have a knock-on affect in other areas:

In the election for Mayor in 2016, young people were clear what they wanted from us – investment in youth work. They felt ignored and were desperately concerned at the loss of services they knew were helping them to flourish and preventing others from getting into trouble.

And she called on the government to act:

I’ve been monitoring the impact of youth service cuts since I was elected and the numbers are shocking. Even worse is seeing closed and boarded up youth facilities on the ground. The mayor has stepped up to help following the campaign but the government has to help councils do more too. It’s their biting austerity that has forced local authorities into this position and they have to do something now.