Antisemitism is fine if the Jews in question are 'bad', agree opportunistic MPs/scumbag bloggers - The Canary 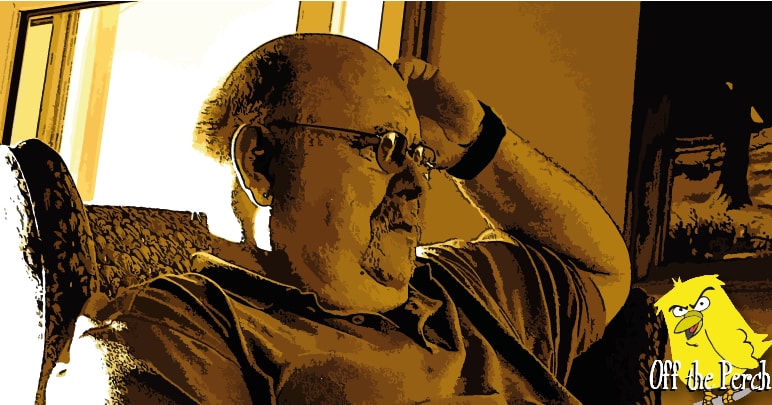 Jeremy Corbyn spent Seder with Jewdas – a group of left-wing Jewish people. Jewdas may not have been the most prudent group to have met with right now considering some of its views, but these views do not mean its members are not Jewish.

Unless you’re subscribed to the scumbag blogosphere of course, as many MPs and supposed anti-prejudice campaigners are: 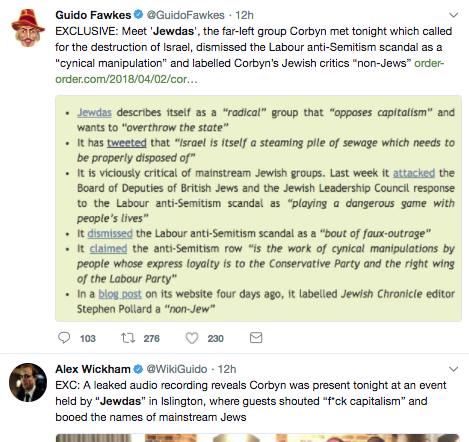 These bloggers do provide a valuable service, though. Bigotry can be quite confusing after all, and we need someone to list which groups do/don’t deserve our prejudice.

It was brought to the public’s attention by the somewhat questionable Guido Fawkes.

He's a hard right extremist who championed the Contra terrorists, who told me the left is "evil", who told me he opposes democracy because it gives power to the "have nots", whose blog is a cesspit of bigotry

It has also been jumped on by the equally scummy blog Rodney Guevara. The site’s titular reporter said:

These so-called ‘Jewish people’ don’t even like capitalism. What sort of self-respecting Jew doesn’t like to horde wealth?

When it was pointed out that this statement was in itself antisemitic, Guevara responded:

Yes, but only against the bad ones.

Despite Rodney Guevara’s history of vileness, that didn’t stop several Labour MPs from lapping up its latest expulsion like hungry dogs on vomit.

When it was suggested that the MPs sharing material from hate-mongers possibly don’t even understand antisemitism, one of them remarked:

Nonsense. Some of my best friends are Semites.