REVEALED! Government had targets to drag society back to the 1890s - Canary 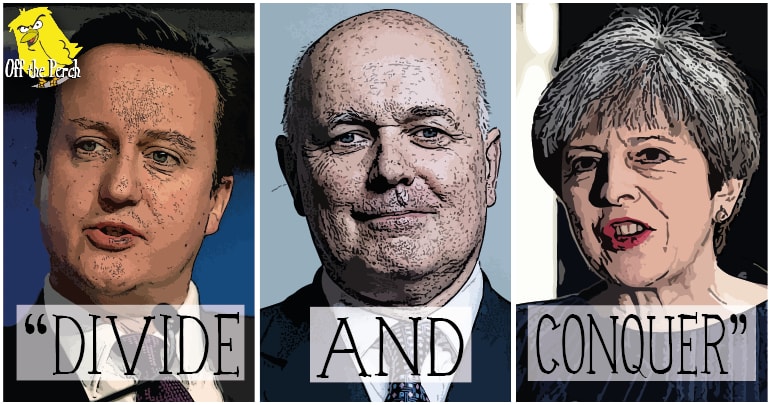 Amber Rudd said the Home Office didn’t have targets for deporting people; records showed that they did. This is bad news for Rudd and Theresa May, as it means they need a new excuse for not resigning.

But these were not the only targets this government had. They were merely part of a much larger plan to drag society back to the 1890s.

When David Cameron was still prime minister, he famously said:

For too long, we have been a passively tolerant society, saying to our citizens ‘as long as you obey the law, we will leave you alone’.

In a lesser-known speech at a brandy lodge, he expanded on this:

For too long, these oiks have been taking the piss! Thinking as long as they’re provably human, we aren’t going to fuck with them!

But unless someone is a multi-millionaire backer of the Tory party, they best watch out, yeah? Because we’re coming for them!

A drunk Cameron then proceeded to do a little dance as industrialists stuffed cheques into his waistband.

Cameron launched OPERATION DIVIDE AND CONQUER with his underlings, Theresa May and Iain Duncan Smith. This was in response to that thing getting in the way of their plans. A thing called ‘society’.

Although people in the UK were still prone to bigotry of all kinds, there had at least been progress. Obviously this was a problem, as when the masses aren’t busy hating one another, they’re paying attention to the government.

The plan aimed to drag Britain kicking and screaming back to the 1890s. Targets along the way included:

There was a problem with the Tories’ plan, though. It relied on every person in the UK being like your average Tory minister, i.e. having all the morality of a mechanical shark on crack.

It’s transpired that many in the UK do have principles, however. And that’s why the Tories won’t win.