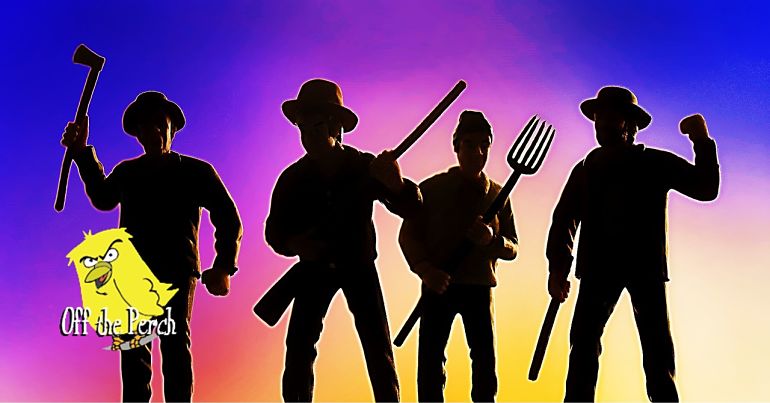 The local elections of May 2018 were a tough time for UKIP voters. Up and down the country, Europhobes and people who think ‘Cameron is soft on the gays’ faced a dreadful realisation. There’s no UKIP on the ballot.

With UKIP having spent most of its funds on press conferences to announce new leaders, the party is on the rocks. Local associations have had to raid the campaign coffers just to stop HQ going bust. As a result, UKIP more or less forgot about the elections and has organised hardly any candidates.

We’re not “dead”, we’re “death”. Death itself. The Black Death. The most disruptive of all the deaths. You just watch. Under Farage, we crushed the feudal system and started the Renaissance. OK, we might be a bit quiet now, but just you wait. We’ll be back in about 300 years’ time and then, POW! And everyone will be glad to see us.

Elections expert Prof Ken Chisel, who was in the middle of a sponsored sleep-deprivation for Comic Relief, said UKIP voters would have had a stark choice in the polling booth:

Without the comforting British lion of UKIP on the ballot, voters of that persuasion would have seen something like this:

Save The Hospital (Communist)

It’s not hard to see why much of the UKIP vote went Tory.

Laura, can I have some of your Red Bull?