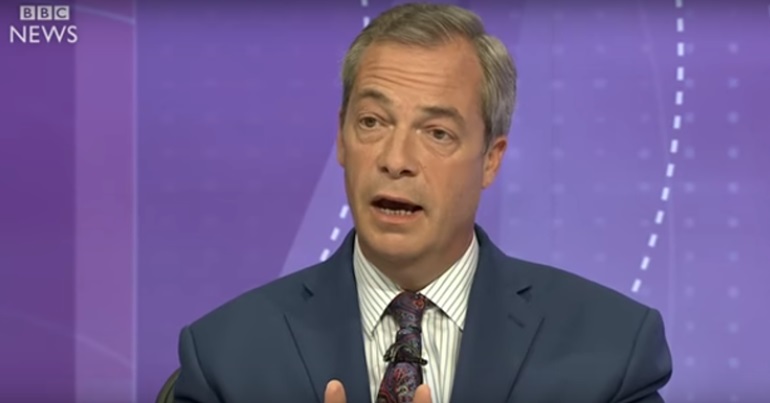 Correction: An earlier version of this article stated that Nigel Farage held the record for the number of appearances on BBC Question Time. In fact, Farage holds the joint record (with Conservative MP Kenneth Clarke) for the number of appearances on Question Time this century. Clarke holds the overall record, having appeared 58 times in 36 years. The article was corrected at 14:15 on 21 May.

As the local election results roll in, one thing is very clear: it was a disastrous night for UKIP.

At the time of writing, UKIP has won just three seats and lost more than 100.

People on Twitter were quick to pay their respects to the death of UKIP as a political force:

UKIP – that embarrassing summer fling that gave us herpes.

However, some social media users are predicting that one seat will remain a UKIP stronghold:

Despite a terrible night at the polls, UKIP successfully defend their safest seat: pic.twitter.com/0bWeKA1iZv

Between 2010 and 2017, a UKIP representative appeared on almost one in four Question Time programmes. UKIP only had one MP during this period, the same number as the Green Party. However, representatives from the Greens only featured on 7% of episodes.

So it’s no surprise that former UKIP leader Nigel Farage holds the joint record for the number of individual appearances on the BBC’s flagship political debate this century.

David Dimbleby has enjoyed the pleasure of his company on 32 occasions:

Even if they lose every single one of their council seats, there's one seat UKIP will always be guaranteed – the one Nigel Farage bafflingly continues to occupy on BBC programming.

Based on electoral support

In February 2018, SNP politician Michael Russell tweeted the following criticism of the BBC:

It is the BBC & it’s management that is now looking ridiculous, especially in Scotland where #UKIP has a single elected representative yet gets more air time (via UK originated broadcasts shown in Scotland) than Scotland’s governing party (which is also UK’s third largest) https://t.co/6aF4ZYr5Do

The Question Time panel varies from week to week to ensure a broad range of views are represented. Party appearances on the programme are in line with past electoral support

At its height in 2015, UKIP held one MP and 202 council seats. The party now has zero MPs, and has been decimated in the local elections.

Let’s hope the BBC takes note of this electoral support in future programming.