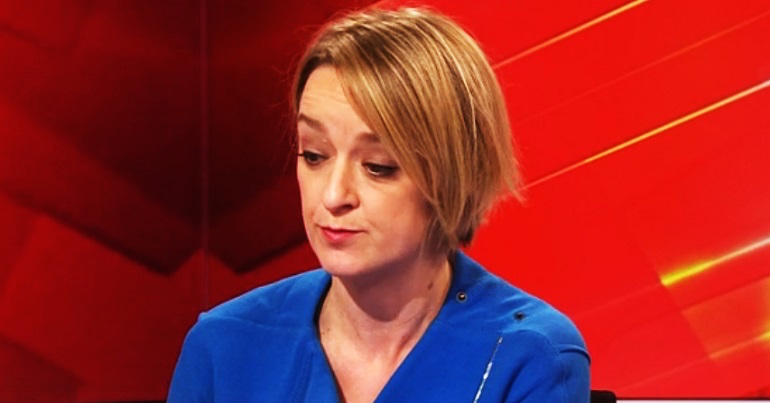 An honest pundit will tell you there wasn’t much to learn from yesterday’s local elections. Once it became clear the UKIP vote had swung to the Tories, the election became unmappable to a general election. That’s because, while UKIP is a significant force in council votes, it reflects just 1.8% of the vote share in a general election. Regardless, the BBC and other establishment outlets would like to argue that last night was curtains for Corbynism. Two bonkers tweets from the BBC‘s chief political editor Laura Kuenssberg sum up the double standards.

In local elections, if no party wins the majority of council seats required for an outright win, the result is ‘No Overall Control’. This is how Kuenssberg responded when the Conservative Party lost control of Trafford, “the party’s only council in Greater Manchester and its flagship northern council”:

Sounds now like Trafford will be no overall control, rather than Tories losing it – results will be starting soon

Meanwhile, in Derby, where Labour lost overall control of the council…

After criticism, Kuensssberg acknowledged Trafford as a Conservative loss.

The knives are out

Predictably, anti-Corbyn Labour MPs were busy assembling for the next coup. During the final hours of the vote, Chuka Umunna was busy promoting the antisemitism smear on his party for LBC radio:

Dear @labourwhips – please tell @ChukaUmunna to stop trying to sabotage all our hard efforts as Labour canvassers on the eve of crucial elections. We know he wants us to fail but you should not allow it!https://t.co/VAsUxGCupC

And Blairite Ben Bradshaw kicked off the recriminations this morning.

"We should be doing much, much better" – former Labour Culture Secretary @BenPBradshaw on local election results. "We clearly need to learn the lessons of the national picture…the party certainly will need to reflect" @UKLabour pic.twitter.com/K4weEq9CJ2

All, once again, ably assisted by Kuenssberg.

The local election coverage of Britain’s centrist commentariat can be summarised like this:

Labour GAIN: “This was to be expected and means nothing.”

Labour HOLD: “Very disappointing result for Labour. They threw everything at this.”

Labour LOSS: “It’s basically end of days for Labour’s hopes of winning next the next general election.”

And voters noticed this trend too.

After a night of propaganda that Putin would be proud of, results so far, according to the @BBCNews Labour (+32) have had a bad night, Tories (+2) have had a good night… #bbcbias pic.twitter.com/lGTaUJTBXY

#BBCBias is incredible tonight #Election2018 Labour lose 1 seat and it's game over for Labour and Corbyn. No mention of the losses of the Tories and decimation of ukip.

#Election2018 Watched most of the BBC's Election 2018. It came as no surprise to hear Kuenssberg and Edwards relentless attack on Labour pouring scorn on Corbyn and negatively on all Labour gains. What dreadful presenters and bias reporting from the BBC.

In reality, there was something positive to grab for every party bar UKIP. So expect peak hysteria from centrists and conservatives seeking to leverage the night to oust Corbyn.