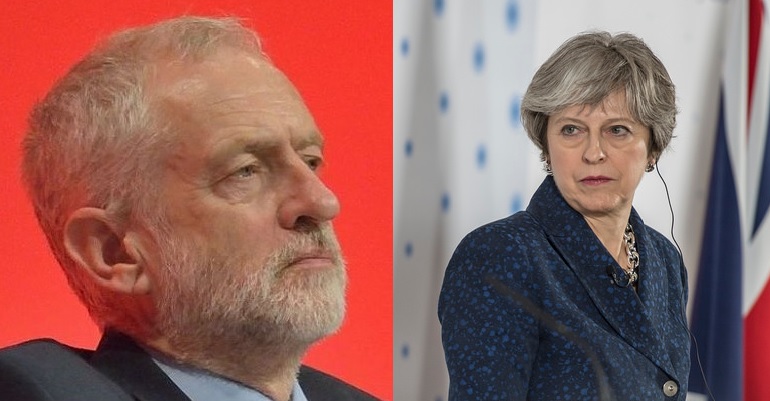 The media attempted to attack Labour on one particular issue as the local election results rolled in. But it ended up humiliating the Conservatives. Because it went after Labour for an aspect of its campaign that the governing party has wholeheartedly embraced in the past.

According to the mainstream media, Jeremy Corbyn’s Labour Party has failed to set appropriate “expectations“. Or rather, it publicly set its “expectations” too high.

This supposed failing is, however, absolutely priceless. Because there is a UK party which prides itself on raising the “expectation” bar. And it’s not the Labour Party. As housing minister Dominic Raab explained in 2017:

And there’s no “now” about it either. The Conservatives have long held that they are the party of “aspiration” for people. At his party’s conference in 2012, then-prime minster David Cameron delivered an “aspiration nation” speech. In that speech, he attacked Labour for not aiming high enough, saying:

It’s that toxic culture of low expectations… which has held this country back.

But now that Labour has set its aspirations and expectations higher, in terms of elections, the media say it’s a bad thing. That’ll be news to the Conservatives, who’ve spent a lot of time trying to convince people that aspiration is a reason to vote for them.

Specifically, the media are arguing that Labour didn’t ‘manage’ people’s expectations of its potential success well. Apparently, “expectation management” is now meant to be a campaign in its own right. And while it is typical for politicians to ‘manage’ expectations cynically by predicting their results might be lower than they privately believe, Labour is playing a new game.

The cynical approach ensures the media can’t beat parties with the ‘you were wrong’ stick. But from the start of his leadership, Corbyn has promised to hand back power to party members and the public at large. If that sort of democratic participation is expected to flourish within the party and the country as a whole, the Labour leadership needs to be up front about their own hopes and fears.

That’s exactly what Corbyn’s Labour did.

But clearly, along with its members, the Labour Party set expectations high. It worked hard to take Conservative strongholds like Kensington and Chelsea. And while it didn’t succeed, it did gain some seats. The same was true in Westminster, another safe area for the Conservatives. Labour gains in Trafford also removed the Conservatives’ overall control of its last council in the North West of England.

In fact, as i News‘s Liam Young pointed out, the elections overall meant the following for Labour:

Chuka Umunna has asked for a 'post mortem of Labour's night in London. The verdict is in: best result since 1971.

So if the media wants to find an attack line on Corbyn, going after him for setting high aspirations isn’t it. Because it’s ridiculous to suggest Labour should have sent its 500,000-strong membership out campaigning with the goal of losing (who does that?). And secondly because, well, in this “aspiration nation”, even the Conservatives understand the value of high expectations.

But, of course, we don’t see the media criticising them for that. Just Labour, as always.