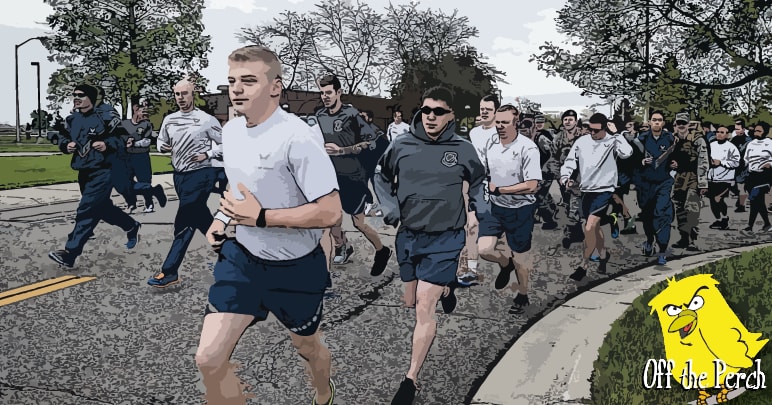 Before the local elections, the Tories were forced to suspend several candidates who had made bigoted statements. Now the elections are over, the bigots are being invited back.

As soon as the elections were over, Theresa May got her hiking boots on and headed for the Tory heartlands. The bigots had been released on the Quantocks to graze. When May got out there, she whistled for her trusty hound Michael Gove to round them all up.

I’m sure you can imagine what Gove looks like in locomotion, but I’ll describe it to you anyway.

Unlike human beings, Gove runs with a stiff hunch – his body like a plank: his shoulders angled forwards: his limp arms like fleshy spaghetti. Above all that, his head is at an angle to his body. He’s no silent strider, either – regularly emitting a noise that many have compared to a vixen regurgitating a flan.

Although a secretary of state like Boris Johnson would be better for rounding up racists, Gove just loves the fucking countryside now, doesn’t he.

The problem, though, is what will the Tories do the next time there’s an election? There are currently two options.

The first is they fit Westminster with trick walls, so that whenever an election happens, all of the bigots and cranks can be hidden away like gambling tables at an illegal casino.

The other is that they hope the press carries on not drawing too much attention to the daily instances of prejudice in the Tory party:

Here's Sayeeda Warsi, former co-chair of the Conservative party, saying "there are almost now weekly occurrences of Islamophobic incidents and rhetoric" in the Tory party. What's startling is that #Peston didn't think it was worth picking up on this revelation. pic.twitter.com/z66icoyTgU