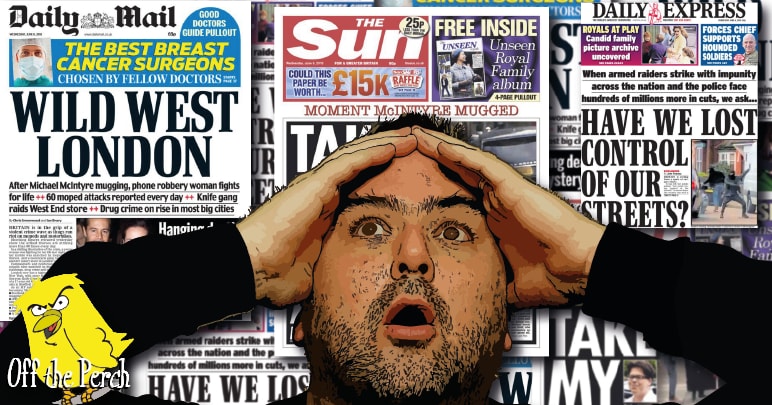 The right-wing tabloids are shocked!

Shocked, I tell you!

Because even though the Tories have done all the things that increase crime, crime has increased!

A Tory minister confirmed they did everything right – including:

As such, it’s a mystery why crime is still increasing, and Tory-supporting comedians can’t even walk the streets (in their Range Rovers) without being robbed at hammer-point.

It seems that creating the environment for crime to fester isn’t enough to stop it. As such, I’ve gone above and beyond.

Just yesterday, I approached a group of young chaps on the street. I showed them a blueprint I’d acquired of a nearby jeweller’s. I explained that, if they got three motorbikes and hit the joint at 2:00pm Wednesday, they’d get the jewellery and the cash before it was banked.

One of them looked at me and said, ‘But we don’t have motorbikes, Mr Javid.’ I could see I wasn’t getting through to them, so I took it even further. I gave them each a moped, firearm, and ski mask, and agreed to be their lookout.

If that doesn’t stop them, I don’t know what will.

Shockingly, it didn’t stop them. If anything, it seems to have encouraged them.

As such, it’s hard to see what the government can do next. Although there’s talk of a reverse weapons amnesty in which the government hands out firearms to anyone who wants one.