Leaving the EU will be devastating for the most vulnerable children. Lord Dubs says we must act now. - Canary 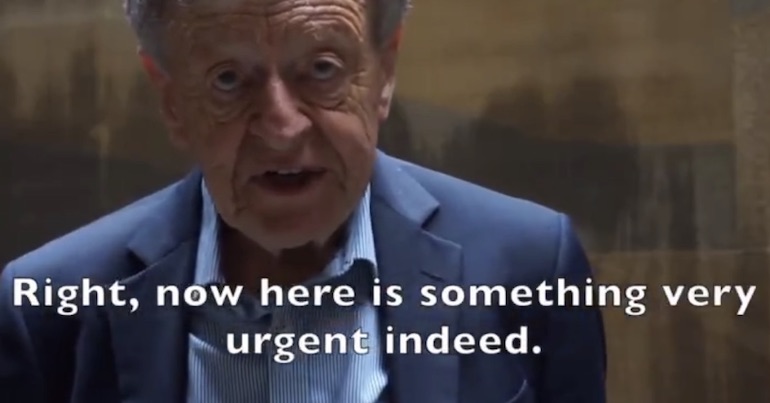 On 12 June, in one 12-hour session, Theresa May will force parliament to vote on 15 amendments made by the House of Lords to the EU withdrawal bill. This will have a significant impact on the future of Brexit negotiations. But one of these amendments will also affect the future of thousands of refugee children.

Labour peer Lord Dubs has made a passionate call for help to protect:

Dublin III is a Lords amendment up for parliamentary debate. It affects an estimated 200 eligible children in France and “between 1,000 and 2,000 in Greece”. As Dubs explains, it’s vital that the Commons “will affirm its support for the amendment”. Because without this in place, those children can’t join relatives in the UK after Brexit.

This message needs to be shared. Please don't wait. We've less than 7-days to make sure your MP supports the @AlfDubs Dublin III amendment to the EU Withdrawal Bill. Write to your MP here —> https://t.co/NUEmlmHoNx pic.twitter.com/vEmIPVWnjV

Dubs has also called on us all to email our MPs to demand they support the Dublin III amendment.

The most important thing you can do this week: convince your MP to support Lord Dubs’ amendment to the #EU withdrawal bill. https://t.co/25g1Vbn1mT

But sadly, this won’t affect the thousands of children without UK relatives finding safety.

Dubs came to the UK as a child refugee himself, but has also championed rights for today’s refugee children. In 2016, he proposed an amendment to ensure that lone children fleeing war and conflict could travel safely to the UK. Known as the ‘Dubs Amendment’, from 31 May 2016 this established a legal way “to relocate and support unaccompanied refugee children from Europe”. This was intended to help “3,000 children from war-ravaged countries”.

If your MP is on this roll call of shame, then an email ahead of the Commons debate is vital.

As Dubs explained to Politics Home, 815 unaccompanied refugee children have been reunited under Dublin III since 2015. But leaving the EU “will close down this vital route”. And the implications of this are tragic.

According to charity Help Refugees, there are “currently 95,000 unaccompanied refugee children living in Europe”. And as Dubs said, refugee camps “are no place for adults let alone unaccompanied children and teenagers”, but without “safe and legal routes” they face even greater dangers from smugglers and traffickers.

As the UN refugee agency said:

In the bigger picture of the current global refugee crisis, this amendment is a drop in the ocean. But it is a vital and significant one. And we can take action.

It’s possible that the same MPs who voted against the Dubs Amendment may vote against Dublin III. We can name them, and collectively shame them into taking action. This government’s record on supporting refugees is already shameful. We can’t allow it to get even worse.

–  Write to and email your MP to demand that they support this amendment.