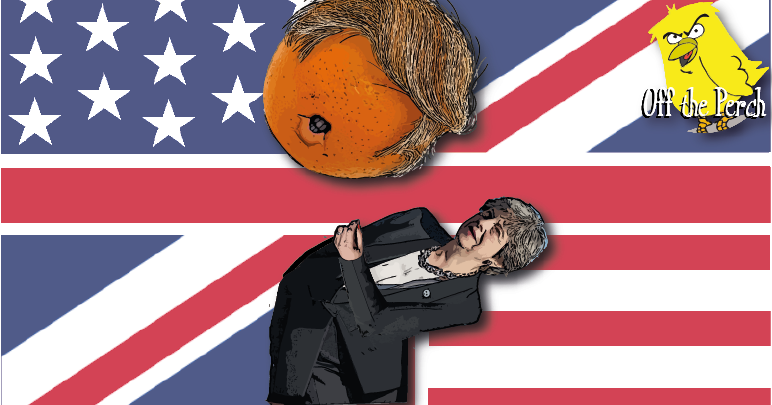 Theresa May has a very obvious plan for dealing with Donald Trump. Namely to bend over backwards for him. And also to bend further when he takes advantage of this. Which is:

The problem for May is the bending has finally gone too far.

Thankfully, Trump didn’t notice. Primarily as he’s never seen the PM in any other position.

At a meeting earlier today, the president was seen resting his drinks on May’s stomach while shouting to Boris Johnson:

Hey Barry [sic], is she still your boss? Seriously? We call her ‘Mable’ at the White House! It’s like a cross between May and table! We have a lot of great goofs like that! You should come over and play some time!

Very good, Mr President. Now, if we could move on to talking about-

May was interrupted at this point by Trump placing a golf ball in her mouth.

“Hey, Barry!” he shouted over at Boris. “Watch me make this drive!”

We asked a doctor whether May will recover from this devastating back injury:

They should be able to snap her back into shape. She doesn’t actually have a spine, you see. Her body’s propped up by an old broom handle she got from the DUP.