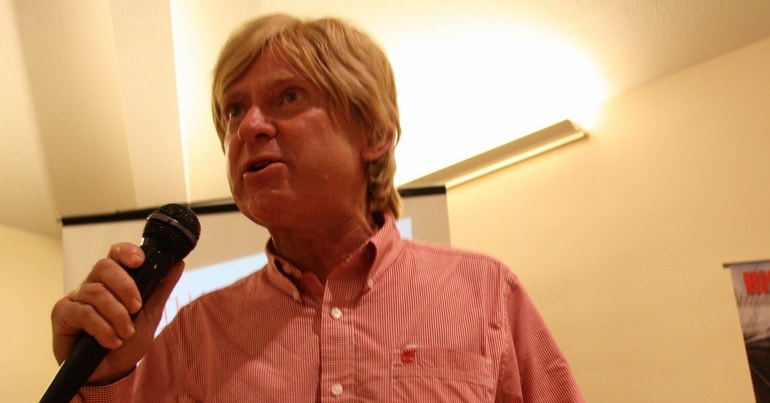 Channel 4 just spotted ‘racist‘ memorabilia on a Conservative MP’s mantelpiece. The very same sitting Conservative politician who tweeted a pig having sex with Sadiq Khan, a practising Muslim, on 12 July:

When Trump goes home, islamophobia won’t go with him. From Michael Fabricant MP to Zac Goldsmith MP, the Tory party is riddled with it.#TrumpUKVisit pic.twitter.com/JZB12nmR09

Hi @Mike_Fabricant, what is this flag on your mantelpiece? @FactCheck pic.twitter.com/kS9SKDPNGi

That’s the same flag that the Nelson Mandela Foundation wants banned and classified as “hate speech”. The foundation said the flag amounts to “unfair discrimination and harassment” and glorifies the crimes committed against South African people. For example, FW de Klerk – who was president of South Africa in the early 1990s – admitted that there was a rogue strategy to murder anti-apartheid activists. And that’s before you get to the crimes of the apartheid regime itself. So some people on social media have branded Fabricant “racist” for owning the flag.

Fabricant claims it was all a mistake

As one might expect, Fabricant claims there’s nothing to see here. He told Business Insider:

They are just flags from some of the countries where my company had clients back in the 1980s.

And the flag isn’t helping him claim he’s against “racist” and “Islamophobic” material:

…says the man who displays an apartheid era South African flag in his house.

The MP for Lichfield claims that he tweeted the image of Khan “accidentally”. But people are pouring scorn on his defence:

I mean, I don't believe him either but the man looks in a mirror every morning and tells himself that his hair isn't hilarious…there's something suspect with his judgement, his eyesight or both.

Calls for an inquiry

Fabricant has not only insulted London mayor Khan, but also the people of Britain if he thinks we are going to believe that shambles of a defence. Especially when the bloke has flags celebrating apartheid on his mantelpiece. If Theresa May does not suspend Fabricant, that sends a terrible message to Muslim people in this country. And it’s a green light for bigots everywhere.