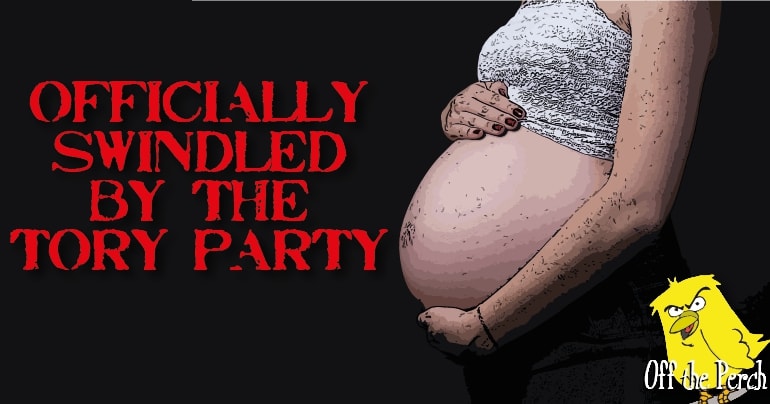 The Tories have a department that’s responsible for making sure everyone knows what bastards they are. The anti-PR stunt they came up with this week was a doozy. Namely because it involved swindling a colleague on maternity leave.

Well done, Tories. Not even we predicted you sinking that low.

An undercover reporter photographed a whiteboard at the government’s Ministry of Reputation. The board had a list of all the other ways in which the party is considering tarnishing its already toxic name:

Some people have said the Tories should feel ashamed of their behaviour. The Tories replied:

Featured image via Max Pixel [IMAGES WERE ALL ALTERED]