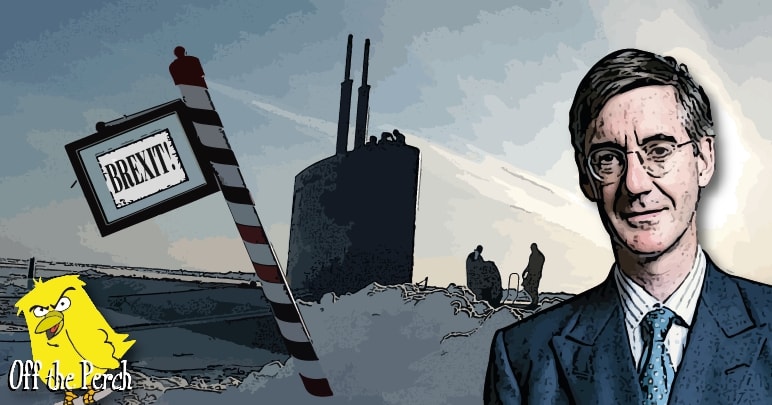 We were told before the EU referendum that Brexit would be:

No one said Brexit would be easy. Well – okay – maybe we did say it would be easy, but no one believed us. And if they did believe us, they certainly didn’t believe there’d be immediate benefits.

You could tell Boris was fibbing, because his bus was moving.

We are told to expect some benefits eventually, though. It’s just that the timescale has expanded slightly.

Jacob Rees-Mogg spoke with Off The Perch:

JRM: Look – no one said Brexit would be easy. And even if we-

JRM: Oh, okay. Well anyway, no one said it would be quick. But we can expect to see benefits between now and the next ice age.

JRM: You say that, but we could have another ice age next week for all we know.

OTP: I think climate change will probably push the next ice age back a few millennia.

JRM: Well, yes, if you believe all that nonsense.

JRM: People are tired of experts.

OTP: Don’t you claim to be an expert on Brexit?

JRM: Do I look like I’m an expert on anything?

JRM: If you’ll excuse me, my relatives and I have an appointment to be cryogenically frozen in the Rees-Mogg family pyramid. I intend to be around to enjoy the Brexit boost when it eventually materialises.

JRM: That depends. Are you willing to wear a Dalmatian costume and pretend to be the family pet?

Obviously, most people can’t afford to be cryogenically frozen in their own luxury pyramid. You might get lucky and fall into a glacier or something, though. And the odds of that happening are actually higher than this whole Brexit thing panning out.