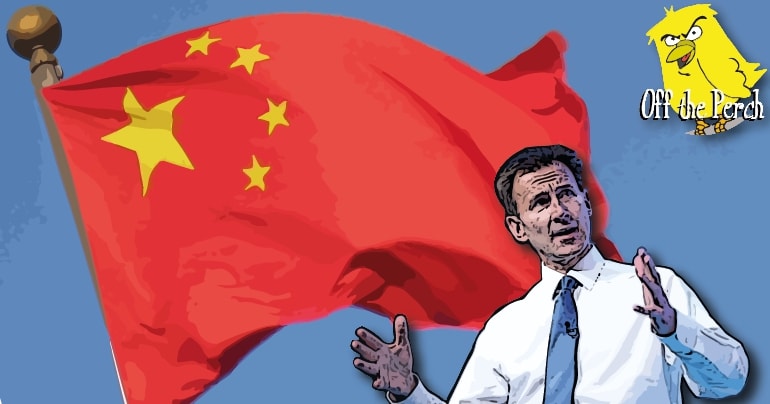 On 30 July, Jeremy Hunt somehow managed to describe his Chinese wife as “Japanese”. That wasn’t where the mix-ups ended, however. Not long afterwards, some random idiot found himself mistaken for Hunt.

The Hunt becomes the shunted

The berk in question was one of those handkerchief-wearing Gumbys from Monty Python.

The Gumby allegedly escaped from John Cleese’s basement and fled to China. The Chinese diplomats came across the brain-dead dolt and found themselves completely unable to tell the difference between him and the foreign secretary.

The Gumby said to them:

Hearing this, the diplomats assumed it was Hunt. Largely as he’d said the exact same thing to them the day before.

After a few hours, the Chinese politicians began to suspect the Gumby wasn’t actually a Conservative politician. Namely as he said things like:

THE! BORDER! IN! NORTHERN! IRELAND! CAN’T! BE! SOLVED! WITH! WISHFUL! DAFFODILS!

All three of these statements showed a level of self-awareness that’s obviously lacking in Tory politicians.

When he was freed, Hunt said to them:

MY! TROUSERS! ARE! VERY! JAPANESE!

This wasn’t right, Hunt realised, so he promptly corrected himself.