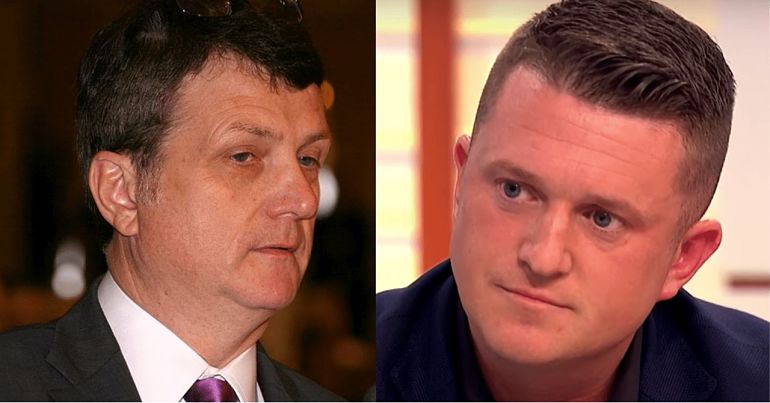 Stephen Yaxley-Lennon (aka Tommy Robinson), the former leader of the English Defence League (EDL), was jailed for contempt of court in 2018. Yaxley-Lennon’s supporters are hailing him as a martyr of free speech. UKIP’s new leader, Gerard Batten, has also expressed his allegiance to Yaxley-Lennon. And his comments on the matter are very questionable.

‘On the right side of a great cause’

Batten wanted to address the fact he’s been criticised for supporting Yaxley-Lennon. He said:

I support Tommy Robinson because I think that he is on the right side of a very great cause. Tommy Robinson has been exposing what is the greatest social scandal in England’s history, I believe, which is the systematic, industrialised sexual exploitation by [sic] young, underage, vulnerable girls by certain sections of our population.

Batten says he gets criticism for “supporting somebody with a criminal record”. The UKIP leader continued:

Did he break the law? Yes, I’m sure he did on occasion. So did the suffragettes; so did Gandhi; so did Nelson Mandela. They are all now looked at as national and international heroes, and I think when the great scheme of things is looked at in retrospect, the verdict of history will be that Tommy Robinson was on the right side of a great cause – a struggle between good and evil.

The ex-EDL leader was arrested and jailed for live broadcasting outside a trial of several men accused of sexually abusing children. Yaxley-Lennon referred to the men as “Muslim child rapists” and “Muslim paedophiles”. Following his arrest, his supporters marched through the streets of London, claiming his right to free speech had been violated. But as reported in Snopes:

Robinson was not jailed for engaging in journalism, or for merely reporting on alleged criminality. He was jailed for violating a court order, breaching the terms of an existing suspended sentence, and potentially risking the collapse of an ongoing trial.

Batten, as well as international far-right groups, have turned Yaxley-Lennon into a martyr – a ‘noble defender of free speech’. But it seems Yaxley-Lennon and his supporters are only interested in using free speech to demonise ‘certain sections of the population’, to use Batten’s wording.