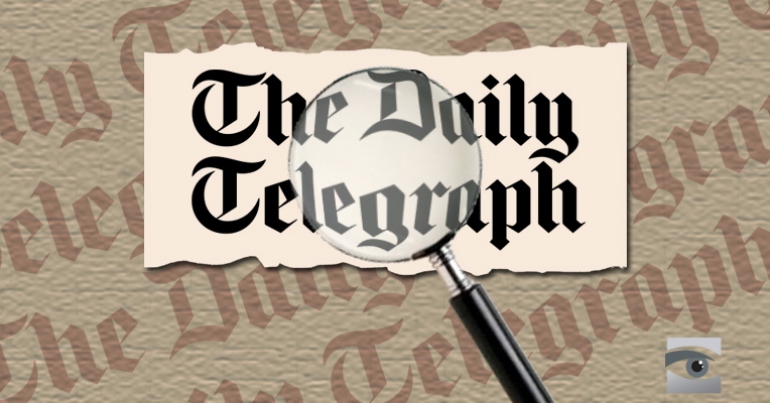 The Telegraph is under fire for failing to take down and apologise for an incorrect and damaging story on its website, leading people to accuse it of ‘fake news’. 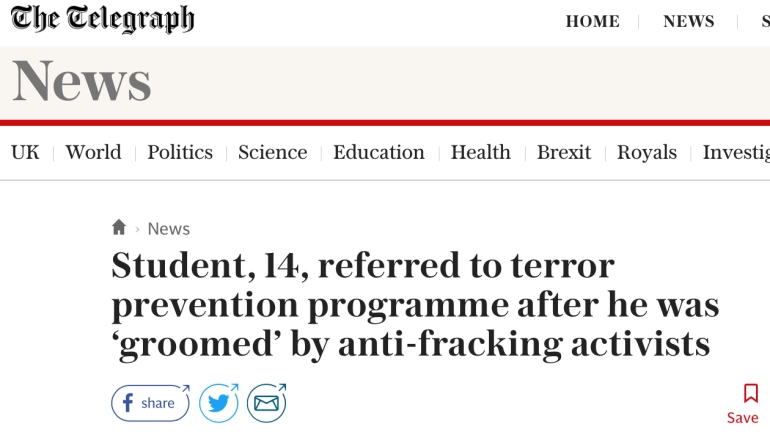 Just hours afterwards, a correction was issued by the Greater Manchester Combined Authority to say that the teenager was not involved in anti-fracking protests:

Correction to A Shared Future report. The report into extremism published today had a mistake in one of te case studies. Read the statement👇. The (corrected) report is at https://t.co/7PSZoTt36K pic.twitter.com/s99uFTqJlk

The Guardian, which had published a similar story, quickly amended its original article. At the time of writing on 31 July, the original story is still on the Telegraph‘s website.

The refusal to take down the story has angered people and led them to accuse the Telegraph of ‘fake news’:

.@FranMarshallDT .@Telegraph have published #FakeNews https://t.co/fc58Fl0U0D
Anti-fracking activists FALSELY ACCUSED of 'grooming' boy, 14. Police in Manchester say detail of who targeted the boy was altered in report on extremism by @greatermcrhttps://t.co/MmQrE8ewWx@IpsoNews pic.twitter.com/urSDKiNhgw

Many people directed tweets towards the Telegraph and the journalist to ask them to correct the story:

Hello @FranMarshallDT @Telegraph @guardian @IpsoNews @greatermcr are you ashamed of what you have been part of? Either through neglect @IpsoNews. A very suspicious ‘mistake’ @greatermcr. Pathetic journalism @guardian or knowingly telling lies @Telegraph? https://t.co/ahkdUuVFeJ

We urge you to tweet @FranMarshallDT who posted a @Telegraph story that is a lie linking anti #fracking activists to pedophiles. The story has been proved a lie yesterday evening by the actual source @greatermcr who have said they ‘made a mistake’. Yet @Telegraph still post it.

@Telegraph Morning! Please can you remove your #FakeNews referring to #fracking Thankshttps://t.co/2JAvdt4jdW

@FranMarshallDT @JamieKelseyFry I was shocked to see that your fake news story is still on the @Telegraph website this a.m. https://t.co/CgkHqi9DWD with no correction. Tell me I won't find it in the print edition today please! At least @guardian corrected their story when told.

And as Spinwatch pointed out:

Fifteen hours later still no sign of a correction by @Telegraph and @FranMarshallDT on 'fracking grooming' fake news story? https://t.co/sYy8LgCnT2

At the time of writing, the article has been live for 20 hours. There can be no excuses for it remaining. While the correction issued by the Greater Manchester Combined Authority raises a whole host of other issues, the Telegraph is knowingly perpetuating a false and damaging narrative that anti-fracking protesters ‘groomed’ a 14-year-old.

This cannot be acceptable. The paper urgently needs to correct its mistake and apologise.