UK Centrists try to emulate the Macron movement. Without the Macron. Or the movement. - Canary 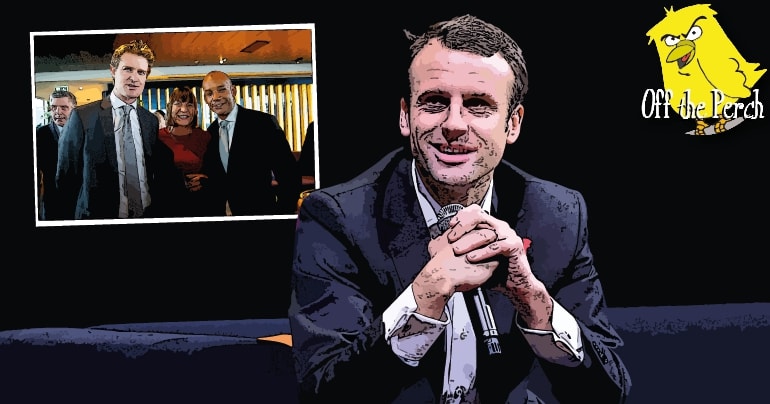 The problem is they lack a Macron-type figure who can competently bullshit the electorate. They also don’t have their own movement. They do have an idea, though. Namely to copy someone else’s.

The name of Macron’s political party is En Marche! This roughly translates as ‘Forwards!’ or ‘On the Move!’ A focus group found these names were too exciting for UK centrists. Instead, they’ve adopted the more passive sounding ‘Standing’. This sounds active, but doesn’t preclude standing still.

As they’ve no Macron-like figure to lead them, the centrists are using the next best thing: cardboard cut-outs of the French president to stand beside. The effectiveness of these cut-outs led them to question if they could use replicas of themselves. They agreed the cut-outs could do the job, but failed to see how they’d get paid. As such, the idea was shelved.

The last problem is that centrists don’t have a movement behind them. Although it seems like fighting to stay in the European Union would be a suitable campaign for them to glom themselves onto, that likely won’t happen. Namely as it would involve having clear objectives and policies.