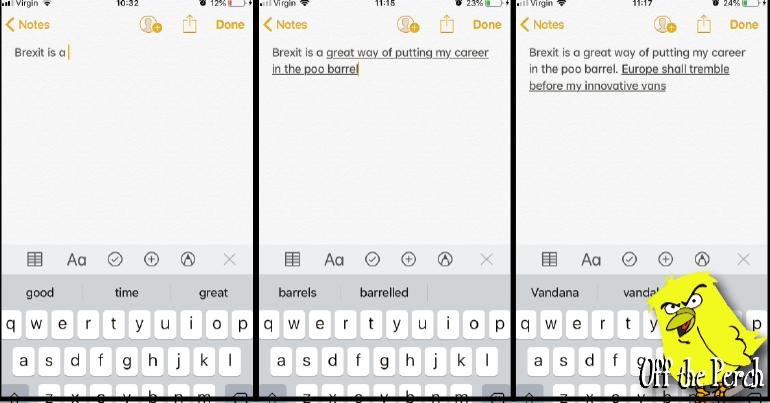 When people got to see Theresa May’s Brexit plan, many of them said things like:

Did she write this with predictive text or some shit?

When typing on a modern phone, the keyboard suggests what your next word could be. The PM – who hasn’t had an original idea since the ‘hostile environment’ – capitalised on this. That’s why her strategy contains sentences like:

Voters insist we cannot remain in any union that promotes Freddy Krueger’s sandwich.

Project Fear has signed its own rubber hosieries and no one leaves until someone tells me why that’s wrong.

Despite the obvious embarrassment, commentators agree that May’s Brexit strategy is better than expected. The PM herself responded to the controversy with a message that read:

Thank you for your advice on my go-kart times but if I’m honest this could be the one baseball caps for octopuses I’m not on board with.