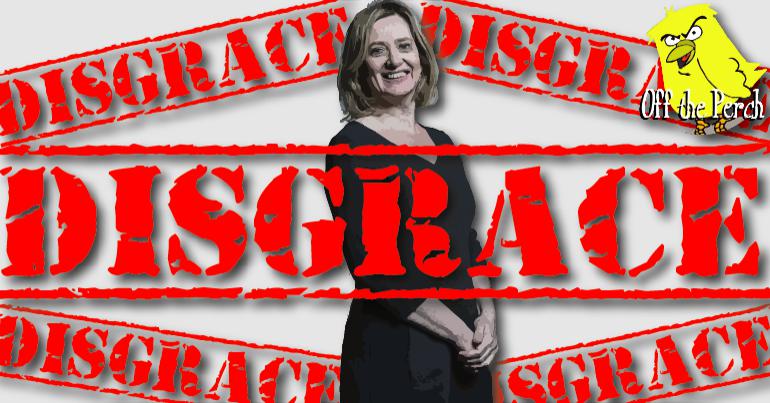 The Department for Work and Pensions (DWP) is a national disgrace. Running the DWP requires a minister to cover themselves in disgrace like a naughty dog rolling in fox shit. So who would take on such a role?

With Theresa May’s government on the brink of collapse, she didn’t have time to bring in an amateur; she needed someone who’d already mired themselves in so much dishonour that the only thing visible above the filth was the whites of their eyes.

Rudd helped oversee May’s ‘hostile environment’. In a sensible country, that would have been enough to see her get slung out on her cloven hooves. Not in the UK, though. In Britain, a minister like Rudd needed to repeatedly mislead parliament before she went.

This is exactly the sort of experience that’s landed her the DWP job.

Several UN reports have broadly asserted that the DWP is, in layman’s terms, evil. A new one came out just this week. And this body of evidence gives any potential DWP boss two options:

That’s one option if you’re a Conservative MP, obviously. Because they all voted for this situation. They all continue to vote for it. They all approve of it.

Still, though, Rudd can’t escape her reputation. She doesn’t need to. Not when vast swathes of the media are happy to ignore it.

When they say being a Tory is like playing politics on easy mode, this is what they mean.