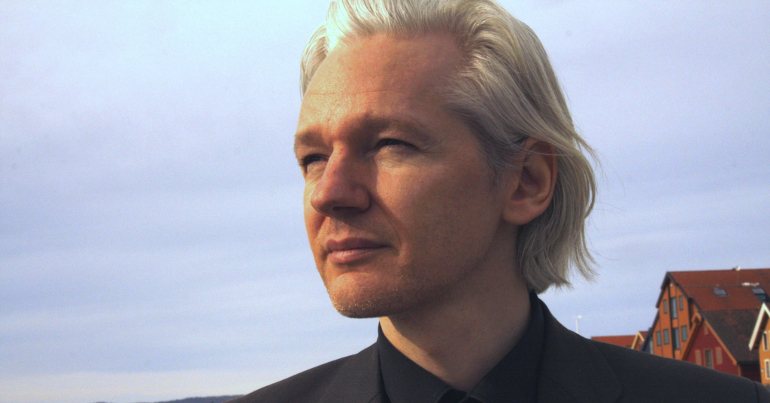 Wikileaks founder Julian Assange has been holed up in the Ecuadorian Embassy in London for several years, fearing extradition to the US. Now that fear has been confirmed.

On 16 November, a US court filing accidentally revealed that Assange has in fact been charged by the US government. Court papers in an unrelated case taking place in the US District Court for the Eastern District of Virginia stated:

Due to the sophistication of the defendant and the publicity surrounding the case, no other procedure is likely to keep confidential the fact that Assange has been charged.

A spokesperson for the US attorney’s office in Eastern Virginia said in a statement that the release of the information was made erroneously. The New York Times reported that prosecutors in the case might have accidentally pasted the text with the revelation to the court document.

Assange has sought refuge in the Ecuadorian Embassy since 2012 to evade capture by UK authorities, who have made it clear that they will cooperate with a US extradition request. He’s wanted by the US government for leaking state secrets, which it considers to be a form of espionage.

However, Kenneth Roth of Human Rights Watch pointed out that he didn’t do anything significantly different to what many journalists and mainstream publications do routinely. He also highlighted the irony given current US president Donald Trump’s treatment of the media. He tweeted:

Deeply troubling if the Trump administration, which has shown little regard for media freedom, would charge Assange for receiving from a government official and publishing classified information–exactly what journalists do all the time. https://t.co/PkyH1UMHDK pic.twitter.com/PcUO6t9NGz

No different from regular old journalism

I couldn’t agree with Mr. Roth any more. As we have said since 2010, investigating—a criminal investigation into WikiLeaks sets a dangerous precedent for all of the media. This is precisely what New York Times general counsel David McCraw has been saying for many years, that he doesn’t see how the U.S. government can distinguish between what WikiLeaks does and what The New York Times does.

And now we have President Trump, who has called the press the enemy of the people.

During the 2016 campaign for the presidency, Trump praised Wikileaks on at least five occasions. On 10 October 2016, for example, he stated: “I love WikiLeaks.” Later that month he said, “This WikiLeaks is like a treasure trove.”

Nonetheless, once in office, he appointed Mike Pompeo – one of the most notorious anti-Assange officials there is to head the CIA and then as secretary of state. In 2017, Pompeo said:

It’s time to call out Wikileaks for what it really is: a non-state hostile intelligence service often abetted by state actors like Russia… Their mission [is] personal self-aggrandizement through destruction of Western values.