Stable May delivers three strong losses in a row - The Canary 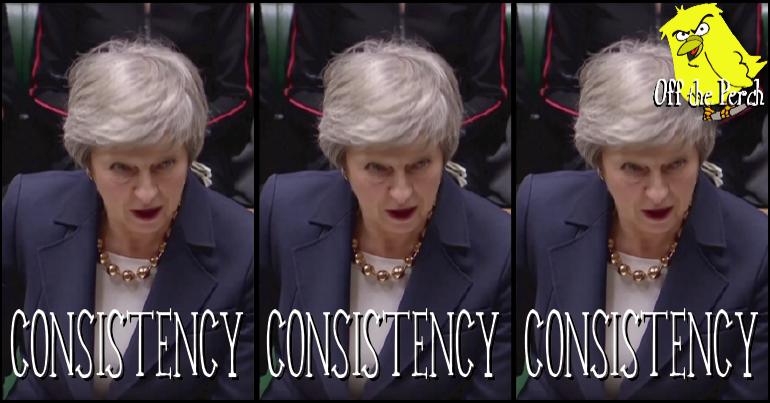 Theresa May promised us strength and stability. She’s certainly delivered on that last front, with a consistent string of high profile defeats:

As Prime Minister Tony Blair, Gordon Brown and David Cameron lost a total 16 votes in the Commons in a 19 year period.

Theresa May has lost 18 in the last 14 months alone.

None of those defeats were as strong as the ones she suffered last night, though.

May lost three votes in a row. The votes were on:

With three losses under her belt, May’s stability could not be questioned. But when it came to the strength part, the BBC had some legwork to do:

The first 10 minutes of #Newsnight tonight was sheer madness. A shameless attempt to claim that while today might have LOOKED like a catastrophic humiliation for Theresa May's government, actually galaxy brain, it was a really good day for her because, y'know, reasons.

I'd probably have framed this as:

'Desperate opportunists scrabble to save careers'

But hey, I don't work at a public broadcaster so widely disregarded that it had to back out of hosting a Brexit debate by public demand pic.twitter.com/UteVSxzVT3

Although May’s terribleness has now reached pretty much unprecedented levels, that’s okay, because so has the BBC’s. That’s why it’s been churning out stuff on why yesterday might work in her favour. It’s also why it’s been asking:

So that’s our PM. Allegedly strong and stably terrible.