A child just spoke more sense on climate chaos than so-called adults have, perhaps ever - Canary 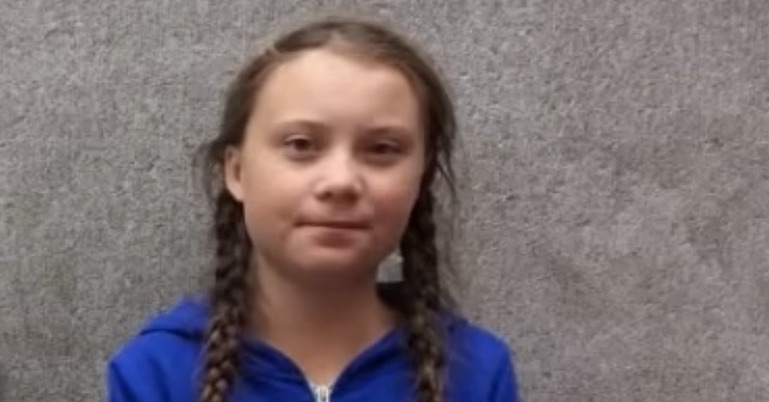 On 3 December, 15-year-old Greta Thunberg made an incredible speech at ‘COP24‘ (a UN climate change summit of nearly 200 nations taking place in Poland). Speaking to UN secretary general António Guterres, Thunberg said that world leaders are “behaving like children” about the crucial issue of climate chaos. And she didn’t stop there.

“Our political leaders have failed us”

Thunberg has gone on strike by leaving school every Friday in Sweden to “urge leaders to do more to tackle climate change”. Her actions have inspired young people and adults around the world. As The Canary reported, around 15,000 children walked out of school in 30 towns and cities across Australia on 30 November. Like Thunberg, Australian children also criticised their government’s lack of action on climate chaos. Thunberg’s latest speech pushes this message even further.

As she points out, adults have discussed climate change at UN summits for 25 years. And it hasn’t worked. So Thunberg refused to ask the adults there anything. Instead, she called on the media to “start treating the crisis as a crisis” and people “around the world” to recognise that “our political leaders have failed us”. As she said:

we are facing an existential threat and there is no time to continue down this road of madness.

Thunberg’s argument is utterly compelling. In defence of her school strike, she points out that there’s little point of “studying for a future that soon may be no more”. Nor is there much point in children planning a future as climate scientists to “solve the climate crisis” because we already have the answers to this. But global leaders, politicians, and adults in general are ignoring the information they already have. As she also said, with the information now available to us, everything is different:

we can’t save the world by playing by the rules. Because the rules have to be changed.

So we have not come here to beg the world leaders to care for our future. They have ignored us in the past and they will ignore us again. We have come here to let them know that change is coming whether they like it or not.

Children and young people like Thunberg understand why it’s so vitally important to take immediate action on the current climate chaos; unlike the adults they see in power who are failing. And she insisted that, because “our leaders are behaving like children, we will have to take the responsibility they should have taken long ago”.

People around the world have celebrated Thunberg’s words and actions. As one professor of energy and climate change said, she’s shown “more clarity and leadership” on this issue than adults have for the past 25 years:

On climate change @GretaThunberg demonstrates more clarity & leadership in one speech than a quarter of a century of the combined contributions of so called world leaders. Wilful ignorance & lies have overseen a 65% rise in CO2 since 1990. Time to hand over the baton. https://t.co/hIpneaBd6H

And she’s fast becoming a hero for many people:

If it takes children to speak such wisdom, then it’s time for the adults who caused this mess to shut up and listen.

Thank you, Greta Thunberg. We’re listening, and we’re with you all the way.