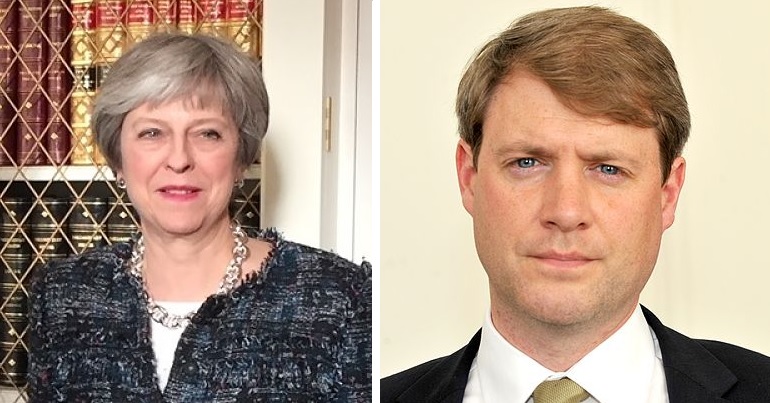 Theresa May appointed a new universities minister on 5 December, after the previous one left the position over Brexit. Far from being a step in the right direction, however, the new pick is an absolute kick in the teeth for Britain’s young people.

Sam Gyimah quit his post as minister of state for universities, science, research and innovation recently. Gyimah resigned in protest against May’s Brexit plan, which he described as a “deal in name only”.

So now, the brief has passed to Chris Skidmore, the Conservative MP for Kingswood. But even a cursory look at the new minster’s past parliamentary efforts shows he’s going to be no better for our country’s young people than his predecessor, someone people caught plagiarising Harry Potter‘s Albus Dumbledore.

For example, Skidmore was one of the “young guns” from his party who claimed Britons are some of the “worst idlers” in the world. He and four other Conservative MPs wrote a 2012 book titled Britannia Unchained, which called for kicking our lazy British arses into gear.

Skidmore apparently thinks the UK needs to embrace “graft, risk and effort” as a culture. Funny then that he voted for scrapping the Education Maintenance Allowance (EMA) which supported students from low-income families in further education. He also voted to raise tuition fees to £9,000 and against using public money to guarantee jobs for young, unemployed people.

So although the new universities minister claims to value ‘effort’ and people’s willingness to ‘graft’, he generally votes to remove support that enables them to do so.

For king not country

But that’s not all. As his new title suggests, Skidmore will also be instrumental in developing the government’s industrial and energy strategy. The impact he might have can be gleaned from Skidmore’s own ‘efforts’. For example, he voted in favour of selling off England’s carbon-reducing forests and mostly against measures to tackle climate change. It appears there are occasions where Skidmore will fight to preserve parts of the natural world, however. He’s a historian and is causing quite the stink about development of a driverless car testing site on rural land in Leicestershire because he’s concerned that it’ll “encroach on” land used in the Battle of Bosworth back in 1485. So he may well demand protection for some parts of nature because, say, Richard III stumbled upon it. But demanding forests and other areas be protected because they’re critical for a healthy, sustainable planet? Don’t count on it.

This is the person May has entrusted to dictate the terms of education for Britain’s next generation. Gawd help them all.