Yes, that Tory MP on Question Time did nick his lines from Harry Potter [VIDEO] - Canary 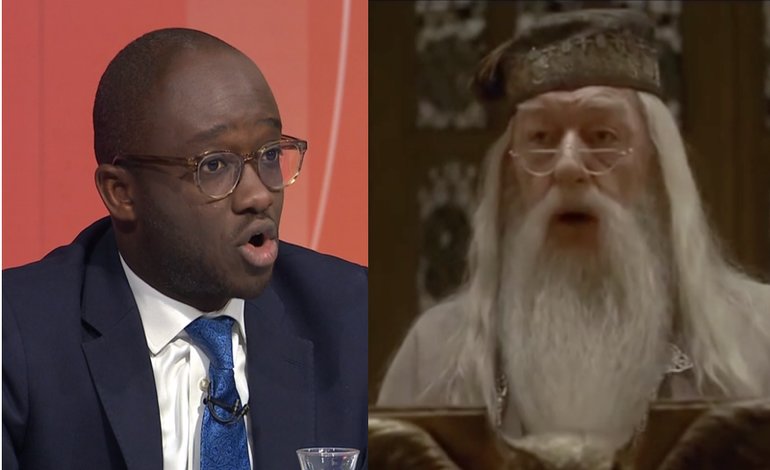 Viewers of BBC Question Time noticed something familiar about an answer from Conservative MP Sam Gyimah on Thursday night. And now they know where they heard it before. The Tory MP’s answer came directly from JK Rowling’s Harry Potter.

Sam Gyimah is Conservative MP for East Surrey, and Parliamentary Under-Secretary of State for Prisons, Probation, Rehabilitation and Sentencing. On Question Time, he praised the Prime Minister’s mild rebuke of Donald Trump for retweeting fake videos from far-right organisation British First. Gyimah launched into a poetic and strident response, telling the audience:

Conservative @SamGyimah has praised Theresa May for rebuking President Trump on his retweeting of Britain First #bbcqt pic.twitter.com/a9wFONx3KX

But viewers felt the words had a familiar ring. And soon they remembered where they’d heard them before; on the lips of Albus Dumbledore in Harry Potter.

*MUST WATCH* This gets better with every viewing!! you WON’T BELIEVE what’s he’s just said on national television #bbcqt pic.twitter.com/usvdVvqrDm

An awkward moment for Gyimah, but he should look on the bright side. At least he didn’t ‘accidentally’ quote Nazi propaganda chief Joseph Goebbels. That foot-in-mouth moment was delivered by Conservative MP for Gloucester Richard Graham, when attempting to defend Theresa May’s surveillance bill.

– Read more from The Canary on Donald Trump here.

– Read more from The Canary on BBC Question Time here.