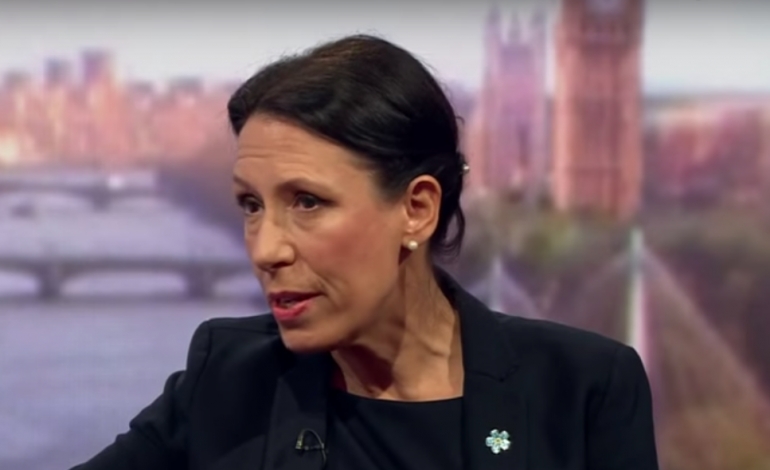 The Conservative Party has announced a plan to get more disabled people into work. But Labour’s Shadow Work and Pensions Secretary Debbie Abrahams says the plan is “nothing more than a guise for more cuts”.

“A guise for more cuts”

In 2016, only 49% of disabled were employed. Now the government has published proposals to change all that. But Abrahams isn’t convinced. She said:

This ‘plan’ from the Government looks like nothing more than a guise for more cuts.

And Disabled People Against Cuts (DPAC) told The Canary:

No matter what the government would like, the fact remains and has consistently remained at the same level for decades regarding disabled people and employment. You could have all the government help in the world… it still doesn’t change your disability and ability to work. Those who are chronically ill, or severely disabled, will not be able to sustain a day in the workplace…

This government has no intention of fully investing in disabled people because, for the last eight years, we have been portrayed as a burden to society, and have suffered the most horrendous cuts to income and social care and left carers without support…. ‘Improving People’s Lives’ [the new government plan] contains hidden punitive measures within it, hidden from public view so the public swallow further rhetoric that disabled and chronically ill people are seen as lazy scroungers who should be penalised for receiving state support, when many claimants have previously paid taxes and National Insurance…

As The Canary has previously reported, the UN said our government’s policies have been ‘catastrophic’ for disabled people, with the Shadow Chancellor describing cuts to their benefits as being “absolutely brutal”.

The government strategy aims to “break down employment barriers”. Theresa May said:

I am committed to tackling the injustices facing disabled people who want to work, so that everyone can go as far as their talents will take them.

Though, while May will claim she wants to improve the lives of disabled people, government policy in action suggests otherwise. For example, the Department for Work and Pensions (DWP) told a disabled man he was fit for work, even though he:

has had three strokes, a brain tumour, is unable to speak and can’t walk for more than three minutes.

For too long society has dictated that people with physical and mental health issues or a disability are a burden.

But the government itself has persistently treated disability as a burden, and has cut mental health services and disability benefits.

The government doesn’t acknowledge that the disability employment gap could also be explained by people being unable to work. It seems more interested in forcing people into work than supporting the needs of the most vulnerable. Continuing austerity measures are a testament to this.