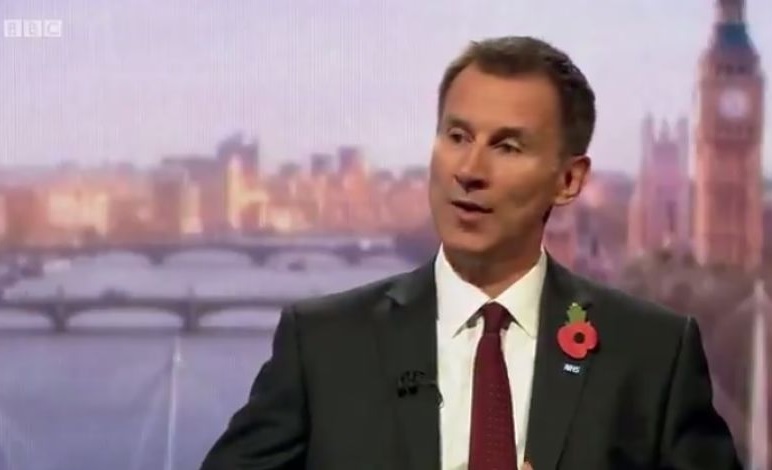 The first three words Jeremy Hunt said to Andrew Marr on 29 October may constitute the biggest spin of his career. Marr opened the interview by asking [37.30]:

… on your watch has provision for mental health got better or worse?

The Conservative Health Secretary compounded his narrative later in the show, saying:

What has actually happened on my watch is the biggest expansion of mental health provision in Europe.

Correspondingly, people living with some mental health conditions have had to wait up to 50 months for treatment. Yet Hunt claims mental health provision has only got better under his watch.

My son is at the beginning of an 86 week waiting list for the Children and Adolescent Mental Health Service (CAMHS). 86 weeks. #marr

This is not the first time Hunt has made misleading statements on mental health. Speaking to parliament on World Mental Health Day, the MP for South West Surrey said:

We’ve got 30,000 more people working in mental health today than we had when [Labour] left office.

Hunt then repeated the figure:

We have 30,000 more professionals working in mental health than when my Government came into office.

But when challenged by Channel 4, the Department of Health (DoH) admitted that Hunt’s statistic included all professionally qualified clinical NHS staff in England, not specifically mental health.

On The Andrew Marr Show, Hunt was twisting the truth beyond recognition all over again. It really doesn’t look like the Health Secretary can be trusted to deliver the mental health support people need. Perhaps that’s because the Conservative Party’s neoliberal policies may be responsible for a lot of it.

"What has actually happened on my watch is the biggest expansion of mental health provision in Europe" says @Jeremy_Hunt #marr pic.twitter.com/u85ANb08ZE