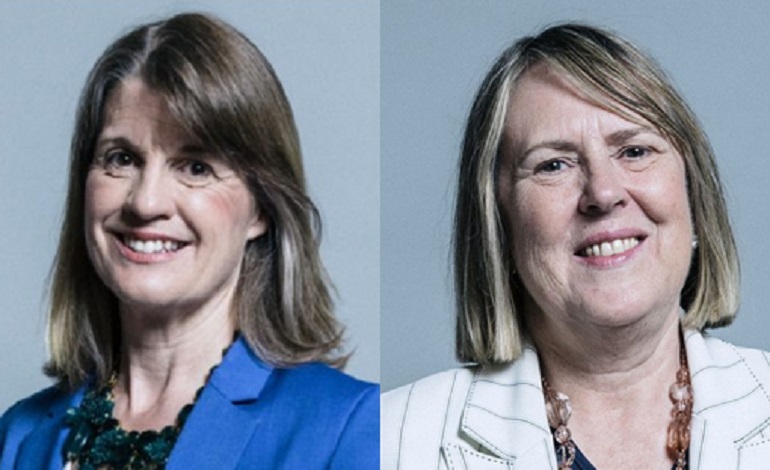 Two letters from two different Conservative MPs about welfare reforms and a UN report show that the party is sending out identical answers to constituents. And it demonstrates the “downright offensive” attitude of the Tories to people on benefits.

The Canary has previously reported on Rachel Maclean, the Conservative MP for Redditch. On 17 October, she replied to a constituent regarding a UN report into life for disabled people in the UK.

To "strongly disagree" with the conclusions of the UN is downright offensive towards the people that are suffering at the hands of the @Conservatives government. Shame on you @redditchrachel.

I'm pretty sure this MP wouldn't want this going viral… You all know what to do… pic.twitter.com/cZKq6EU00X

The Canary has seen the original letter.

I “strongly disagree” as well

But now, a letter from the Conservative MP for Congleton, Fiona Bruce, has come to light. And the text is almost identical. Bruce’s response to a similar question began:

And the rest of her letter is almost a carbon copy: 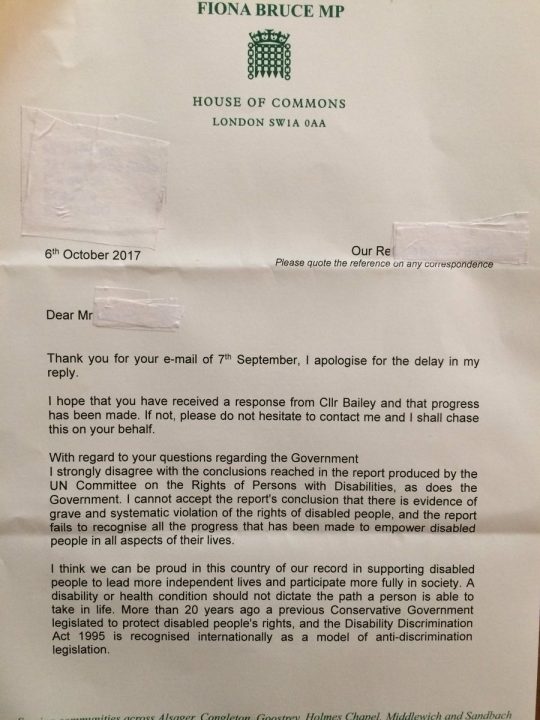 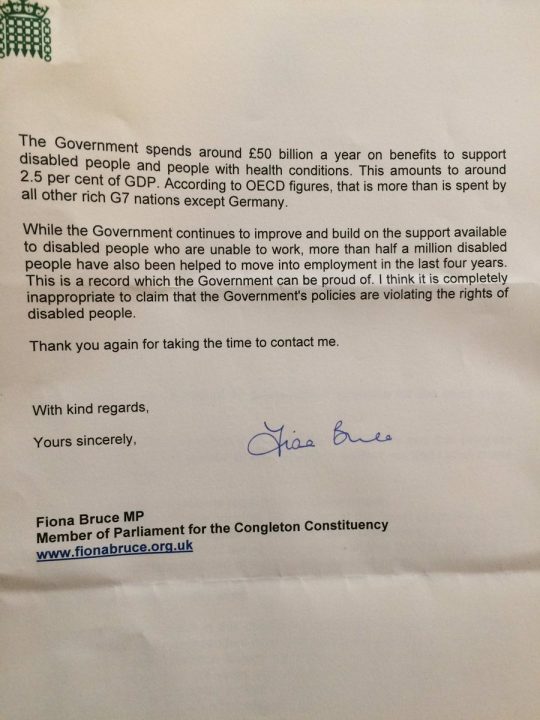 And the UNCRPD was bold in its findings on how disabled people are treated by the Conservative government. Its Chair, Theresia Degener, said in a statement seen by The Canary:

[welfare] cut policies [have] led to [a] human catastrophe… totally neglecting the vulnerable situation people with disabilities find themselves in.

It said the government is failing disabled people in over 70 areas – from basic human rights, to not tackling discrimination, to the damaging impact of welfare cuts. It gave over 90 recommendations, the most in its 10-year history.

This was the fourth report in 14 months by the UN into the Conservative government. All of them condemned its treatment of disabled people, saying it had committed “grave” and “systematic” violations of their human rights.

But both Bruce and Maclean seem unconcerned by this. And a disabled person who was involved in the UN report but wishes to remain anonymous told The Canary:

As we can now clearly see, the Tories are in complete denial; not just of the plight of disabled people but about the report and recommendations from the UN. It was a report instigated by disabled people, to show how desperate and catastrophic our lives have become. This situation is not about money. It is about the most basic rights of disabled people being set back by decades. And the fact Tories are sending out robotic responses shows they are either clearly evil, or in denial. One of the two.

But we, as disabled people, have our own standard response to the government that we would ask you all to support: #NoConfidence

The Canary asked both Bruce and Maclean’s offices for comment. But neither had responded at the time of publication.

The ability of one Conservative MP to dismiss four reports by the UN is staggering. But for two to do it is unacceptable. And for the party to apparently be issuing a script to answer constituents who ask about a “human catastrophe” is damning.