If you wanted more evidence that the Tories and UKIP are 'two cheeks of the same arse', here it is [VIDEO] - Canary 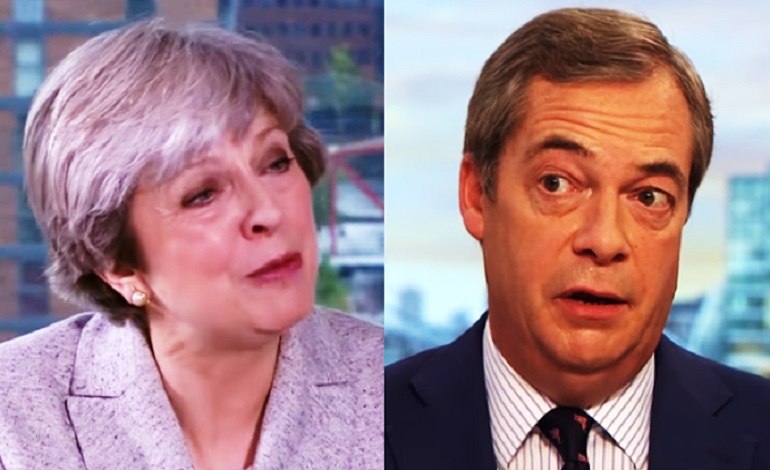 On Monday 30 October, a mass defection of UKIP politicians to the Conservative Party occurred. And some have said it shows that the parties are, essentially, “two cheeks of the same arse”.

achieved what we thought was the impossible, we achieved the Brexit vote… But I feel now… we’re not given any direction from head office… and I feel that I need to be with the party that’s going to follow the Brexit vote through.

The remaining UKIP councillors’ group leader said [1.55] he was “very disappointed” at the news. But the Conservative leader of Great Yarmouth Council Graham Plant appeared delighted. He told [2.20] BBC Look East, when asked if he thought UKIP was “finished as a party”:

Are you asking me personally? Yes.

But UKIP MEP Stuart Agnew hit back, saying [2.40] the defectors were:

I’m not angry, these are good people, they’re good councillors, they’ve worked hard… I think they’ll find their constituents might well be very angry about what they’ve done… They certainly didn’t vote for them to end up with a Conservative majority on that council…

They’ll feel let down and angry… But let’s remember, I believe… [the councillors] are good people and they’re probably doing this for the right reason, albeit their reason is not a good one in the end…

But whose arse is it?

Reeve’s assertion [4.12] was that the former UKIP councillors probably believed the Conservative Party needs “their voices” to push Brexit “in the right direction”.

No surprise at all! Two cheeks of the same arse!