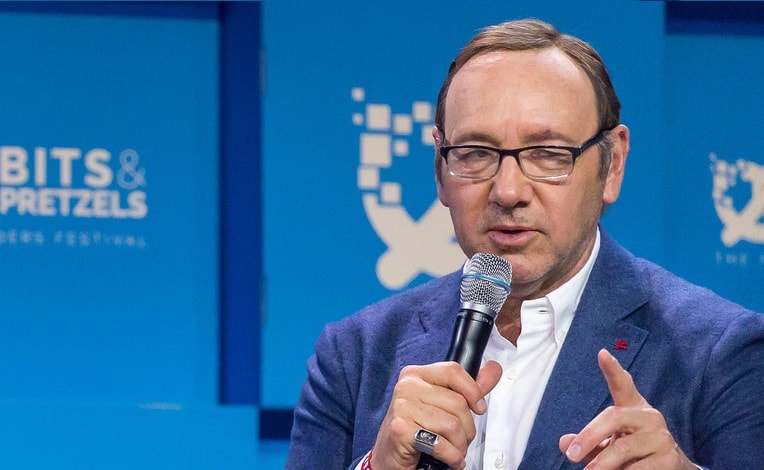 People have reacted with fury after Hollywood actor Kevin Spacey came out as gay, apparently to ‘distract’ from a sexual assault allegation.

No, Kevin Spacey. You don't get to use your sexuality as a distraction from sexual assault.

You just threw the gay community under the bus.

“I choose now to live as a gay man”

On 30 October, actor Anthony Rapp alleged that Spacey had made sexual advances on him at a party in 1986. Rapp was 14, Spacey 26. At the time, they were both performing in Broadway shows.

The House of Cards actor then responded by apologising for what he characterised as “deeply inappropriate drunken behavior” that he ‘doesn’t remember’. But within his statement, Spacey also made the headline-grabbing announcement that he’s gay:

As those closest to me know, in my life I have had relationships with both men and women. I have loved and had romantic encounters with men throughout my life, and I choose now to live as a gay man.

The announcement has been widely interpreted as a distraction from the allegation. And people aren’t happy:

Let’s be clear… Kevin Spacey’s attempt to deflect and spin this sorry by “coming out” is manipulative and it compounds issues.

Oh wow. Kevin Spacey deflecting from attempting to molest a child by coming out as gay is the absolute pits.

Kevin Spacey has set gay rights back fifty years by a) conflating homosexuality with paedophilia and b) Saying that being gay is a "choice."

Kevin Spacey, you have been accused of sexually assaulting a. 14 year old boy, how do you plead

Media: "Kevin how do you respond?"

31 years ago, both actors were enjoying success in their Broadway performances. After meeting at a social event, Spacey invited Rapp to his apartment for a party. Later in the night, Spacey reportedly came upstairs to find Rapp watching TV alone in the bedroom. Rapp says that Spacey then made a sexual advance on him:

He picked me up like a groom picks up the bride over the threshold. But I don’t, like, squirm away initially, because I’m like, ‘What’s going on?’ And then he lays down on top of me. He was trying to seduce me. I don’t know if I would have used that language. But I was aware that he was trying to get with me sexually.

Rapp also told BuzzFeed that he looked “younger than fourteen” back then, and that the 26-year-old was “pressing” into him. And while Spacey claims he cannot remember, Rapp says he is still affected now:

My stomach churns. I still to this day can’t wrap my head around so many aspects of it. It’s just deeply confusing to me.

But the allegations may go further than Rapp’s. Actor Aisling Bea says:

I don’t know many actors from my era of drama school graduates who don’t have a Kevin Spacey story. The surprise is the lack of surprise. 🙄

Whether or not Spacey is gay is irrelevant to allegations that he sexually assaulted a 14-year-old. There is no link between homosexuality and sexual assault of a minor.

To top it off, Spacey also seems to present being gay as a ‘choice’.

Fortunately, the world is busy schooling Spacey, rather than buying what looks like clumsy deflection techniques.

– Speak out about sexual assault.