A third of children in each class now live in poverty. A new report exposes why. - The Canary 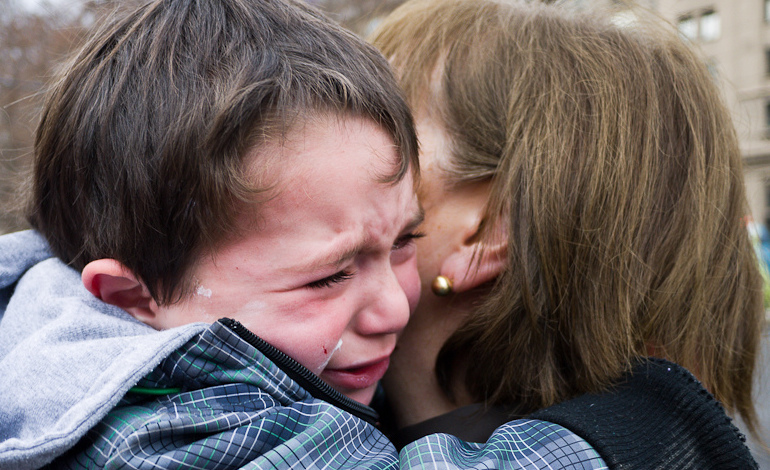 A new report from the Social Mobility Commission (SMC) has revealed [pdf, p5] that “Britain is a deeply divided nation”. The division between rich and poor is growing. There is a geographic rift, and people from disadvantaged backgrounds face greater challenges than ever. But with nine children in every classroom of 30 being officially poor, and child poverty figures rising, this report goes a long way to explaining the devastating impacts of Conservative cuts on a whole generation of children.

State of the Nation

The fifth State of the Nation report was produced by the SMC, “an advisory non-departmental public body”. Looking at education, employment and housing, the report [pdf, p5] “highlights where people from disadvantaged backgrounds are most and least likely to make social progress”.

The report shows the UK has the largest economic divide in Europe. But this is not a north/south divide. It’s more complex. The report reveals [pdf, p6] a “stark social mobility postcode lottery”. It shows that education cuts hit the poorest children hardest. And as Kevin Courtney, joint general secretary of the National Education Union said, the report:

exposes the government’s abject failure in tackling the root causes of poverty and inequality and in offering hope to communities across the country.

And he explained further:

This widening gap is the product of a failed approach to economic development and the incredibly damaging programme of austerity, which has cut vital public services, including education budgets across the country.

‘A state of emergency’

As The Canary previously reported, child poverty is close to “state of emergency”. Over 4 million children now live in poverty. Courtney explains that this “means nine pupils in every classroom of 30 are officially poor.”

And this report shows how education cuts link directly to poverty. But it also reveals that, without serious investment, the situation will get worse for future generations. Since 2015, school budgets have lost £2.8bn. On average this means a loss of £54,000 for each primary school and £205,600 in each secondary school.

And as lawyer Peter Stefanovic said:

The Tories said they would make a real difference in the classroom and now they have, 9 pupils in every classroom are officially poor

The SMC found [pdf, p47] that the hardest hit areas are not urban, but often “countryside” and “deprived coastal rural areas”. In these areas, the crisis in teacher retention is also significant. Because as Kelly Green, a teacher in Cornwall, told The Canary, “the impact of school cuts is starting to have some really severe consequences”.

We are trying to buffer the effect so that the children don’t feel the impact. But increasingly teachers and schools are asked to do more with less and the mental health of teaching staff is suffering as a result.

Teachers themselves are now at risk of becoming homeless. But they also see the impact of poverty every day. Green said that it’s common to:

see children who aren’t eating before lunchtime. Many can’t afford uniform or shoes. And lots are caring for younger siblings single handedly.

The report directly links government education cuts to child poverty. If this government remains in power, generations of children will continue to suffer. And those children are our future.