A fashion magazine editor tries to make Corbyn look like a d**khead. But it blows up in his face [VIDEO] - Canary 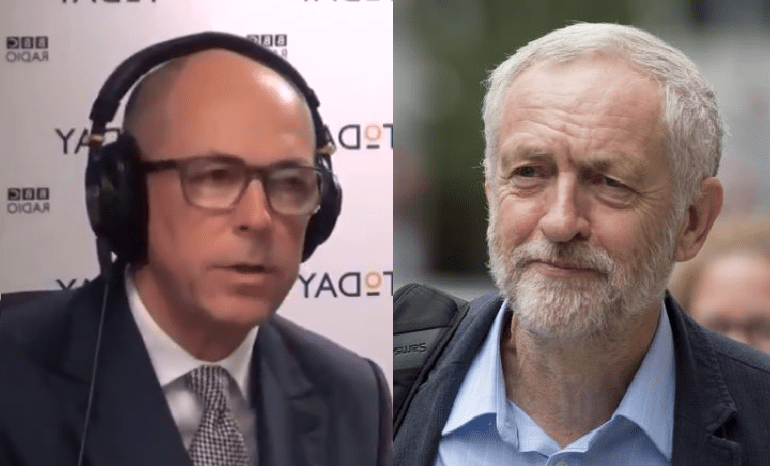 Fashion magazine editor Dylan Jones tried to make Jeremy Corbyn look like a d**khead. But it blew up in his face. The Labour leader will feature on the cover of the January/February edition of GQ. As well as the front cover, Corbyn took part in an interview with the magazine.

Jones went on BBC Radio 4 to speak about the interview. The GQ editor claimed the photo shoot was “tortuous” and “as difficult as shooting any Hollywood celebrity”. He also said that Corbyn’s team didn’t understand he couldn’t turn up in an Anorak and that the Labour leader was “pushed around like a Grandpa for the family Christmas photograph”.

But the comments the GQ editor made about Corbyn quickly unravelled. Jones has since been forced to admit that he was actually not present during the interview or shoot. Viewers also criticised BBC Radio 4 for not disclosing Jones’ political affiliations. The GQ editor has gone on the record as a Conservative voter. And David Cameron was paid £20,000 [paywall] for interviews featured in a book Jones wrote about the former prime minister.

A number of accusations Jones made about the Labour leader on the BBC haven’t aged well:

Given the inconsistencies, Corbyn supporters assembled a video calling out Jones:

He's a liar liar…
GQ magazine forced to admit its editor was not at the photoshoot with Jeremy Corbyn, after Dylan Jones described it as “tortuous” on #r4today https://t.co/Ij3SDLsJts pic.twitter.com/I6TdCyh8xW

If the Cameron biographer disagrees with Corbyn politically perhaps he should come up with some political arguments. Instead, an apparent attempt to smear the Labour leader blew up in his face.