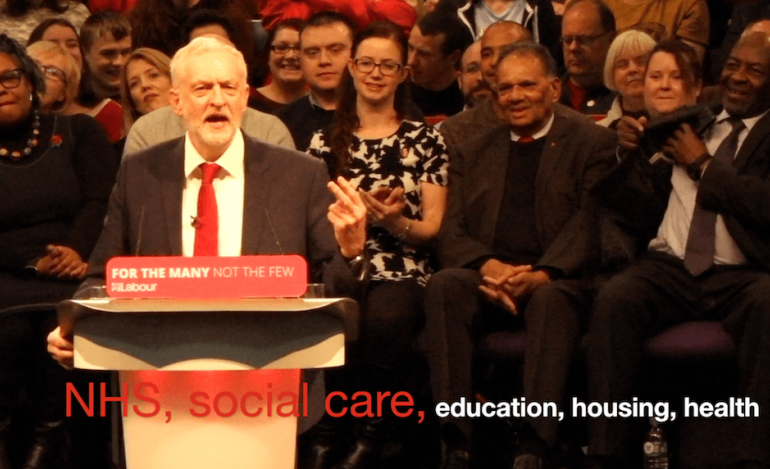 The Canary joined a crowd of over 2000 people at a post-budget rally with Jeremy Corbyn.

Rapturous applause, whistles and chants of “Oh Jeremy Corbyn” filled the Bethel Convention Centre in West Bromwich as the Labour leader stepped onto the stage.

We captured the response of those who travelled the length and breadth of the West Midlands and beyond to be there as they left, high on the prospects of a future Labour government:

The place was packed to the rafters with teachers, activists, blue collar workers, academics, campaigners and councillors.

One woman told The Canary:  “Excellent – we’re all fired up for Jeremy. Wonderful.”

Change of government was crucial for others as another woman said:

Absolutely inspiring. It’s what we need. The country needs hope.

Local council elections will take place across the UK in May. Birmingham and Sandwell are key targets for the Labour Party, as one man told The Canary:

I thought it was absolutely outstanding. An inspiration and a way to go on so we can fight those elections in May and win.

A mixed demographic included members of the younger generation. One student told The Canary:

The emphasis was on reclaiming public ownership of water, rail, mail, energy, the NHS, and education.

A local councillor told The Canary:

Re-nationalisation of the water industries and the essential resources that we need – I think that’s the right thing to do. We need a massive housing plan, and only Labour can deliver that.

We Own It founder Cat Hobbs spoke out against privatisation. Her speech was followed by Director of the Centre for Labour and Social Studies Faiza Shaheen, who lashed out at the disconnect of the elite bubble.

People ready for the fight

The reaction of the crowd seemed to suggest that Hammond’s budget was good for one thing: it served to confirm a necessary change of government. And if cabinet splits lead to a “vote of no confidence… triggering early elections” – and Labour wins the majority of local elections 0n 3 May 2018 – Theresa May could well be moving out of Number 10.

– Read more about the budget from The Canary.