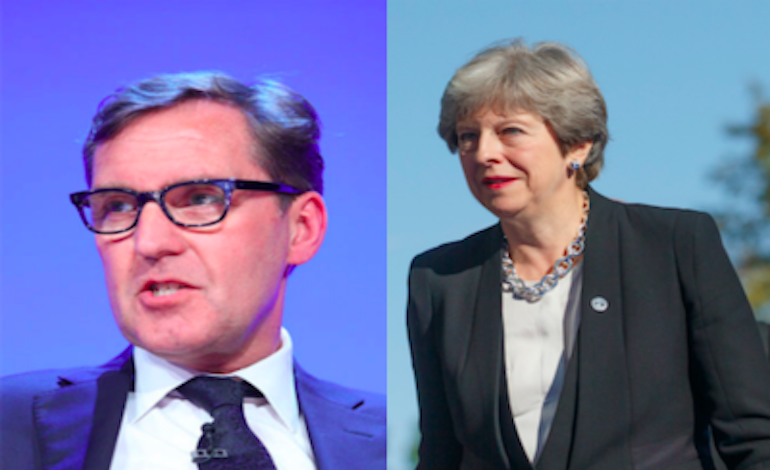 Former Labour minister Alan Milburn has announced his resignation as chair of the government’s Social Mobility Commission. It was accompanied by the resignation of three other commissioners, including former Conservative education secretary Gillian Shephard. And Milburn’s resignation letter reveals more than the government’s inability to build a ‘fair‘ Britain .

In just one sentence, Milburn delivered an extraordinary take down of the government on social mobility:

It is understandably focused on Brexit and does not seem to have the necessary bandwidth to ensure that the rhetoric of healing social division is matched with the reality.

Theresa May pledged to make it her “mission” to address the “burning injustices” in British society when she became Prime Minister. But a report by the Resolution Foundation forecasts the biggest rise in inequality since the 1980s. Child poverty is at its highest level since 2010. And the Institutue of Fiscal Studies (IFS) predicts it will reach record numbers over the next five years, reversing all progress made in the last two decades.

Milburn also said that the government:

seems unable to commit to the future of the commission as an independent body or to give due priority to the social mobility challenge facing our nation.

Their frustration demonstrates the extent to which Brexit is all-consuming for the government. Leaving the EU is taking up so much time, energy and effort that there is little capacity for anything else to get done.

Milburn’s comments shine a light on the government’s management of Brexit. He suggests that it is devoting all of its resources to Brexit while neglecting its duty of care for citizens. You might be forgiven for thinking Brexit is therefore going well.

But the government has yet to clarify how it intends to resolve the Irish border issue and has repeatedly downplayed its difficulty since the Brexit referendum. Now it is clear that unless it clarifies how it will resolve the problem satisfactorily, Ireland can stop Brexit talks from continuing. With the might of the European Union backing the country’s decision.

Then there is the predicted public backlash at the reported £50bn Brexit divorce bill. And the minister in charge of Brexit negotiations, David Davis, has “mentally checked out” according to a Conservative minister.

The resignation of Milburn and his three commissioner colleagues is a damning verdict on the government’s failure on social mobility. And Milburn’s resignation letter also inadvertently highlights how badly the Conservatives are managing Brexit. On top of this the NHS is in crisis and the economy is projected to grow at its worst levels since 1983. With this latest crisis engulfing the government, if the EU is right, we may well see a government collapse before long.