As Trump prepares for a UK visit, a book reveals how the world ended up with him - Canary 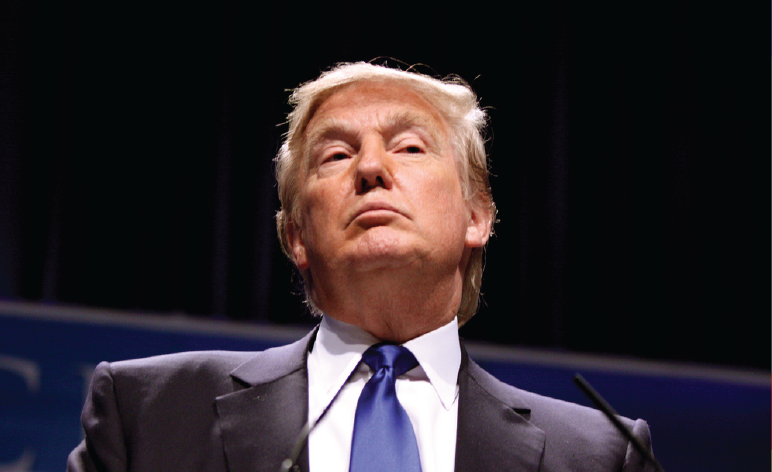 Donald Trump may be visiting the UK in 2018. But he’s likely to be met with protests because of his huge unpopularity. He’s not only unpopular in the UK though. His election appalled and surprised many people in the US too.

One book, however, has tried to provide an explanation for Trump’s presidency. And it’s nailed exactly how we got here.

John Freeman includes 36 stories in the book. Freeman is an American author who also produced Tales of Two Cities: The Best and Worst of Times in Today’s New York, which explored growing inequality in New York City.

This time he explores it across various states with the help of different contributors including well-known authors like Roxane Gay, Richard Russo and Ann Patchett.

Together, the essays present a picture that goes beyond the usual statistics. Using story-like narrative, first-person prose and poetry, they describe the every-day reality of inequality in one of the world’s wealthiest nations.

In fact, Freeman says that figures aren’t really necessary because it’s plain to see that America is broken. In the Introduction, he writes:

Walk around any American city and evidence of a shattered compact with citizens will present itself. There you will see broken roads, overloaded schools, police forces on edge, clusters and sometimes whole tent cities of homeless people camped in eyeshot of shopping districts that are beginning to resemble ramparts of wealth rather than stores for all. Thick glass windows and security guards stand between aspirational goods and the people outside in Portland, Oregon; in San Francisco; in Seattle; Los Angeles; New York; and Miami.

The book details many of the causes of inequality seen in America. Systemic injustice, racism, the war on drugs and immigration policies, for instance. And it looks at gentrification. Tales of Two Cities points to how the microcosm of inequality occurs in world cities, where the rich choose to invest in real estate which leads to gentrification, and this latest book touches on it again.

In the chapter Death by Gentrification: The Killing of Alex Nieto and the Savaging of San Francisco by Rebecca Solnit, the extreme effects of this process are explored. It covers the death of Alex Nieto, a 28-year-old Latino security guard, shot by police in San Francisco and the wrongful death suit that followed. The chapter also touches on the tech boom and changing landscape of the area.

But why connect these two issues? Solnit argues that gentrification in San Francisco was borne by the boom. She says the industry’s multi-millionaires ended up influencing local politics to their own benefit. And this didn’t trickle down to help existing communities. Property prices rose and priced out many people who held communities together, like social workers and teachers. It also led to evictions. The devastating impact of this was in some cases death of the elderly.

But the process also meant more white residents were living alongside non-white residents, and the former would view the latter with suspicion in some cases [p.12]:

Local newspaper the East Bay Express recently reported that in Oakland, recently arrived white people sometimes regard ‘people of color who are walking, driving, hanging out or living in the neighborhood’ as ‘criminal suspects.’ Some use the website Nextdoor.com to post comments ‘labelling Black people as suspects simply for walking down the street, driving a car, or knocking on a door.’

In Nietos’ case, several white men called the police because they perceived a Latin male to be behaving strangely. The community saw his death as an injustice, and a cause. Solnit describes this idea of community as important and says the fact that a community still exists in the area is notable.

The chapter Blood Brother by Sarah Smarsh then humanises the process of blood/plasma donation and highlights the dark aspects of Big Pharma. This includes how the sale of plasma has become big business. In particular, since the economic recession plasma sales boomed and an industry worth $12.5m in 2006 rocketed to be worth $20bn in 2015, according to the book.

This is despite its grim history when the high-risk prison population supplied donations. A HIV contamination scandal arose among those receiving transfusions in the 1970-80s. And even though the practice is now much safer and cleaner, it still has risks. That’s why there is a cap on how much one person can donate. But Smarsh says the US is the only country in the world who exercises the practice to its upper limits. As the book states, donations in the country account for 70% of all donations world-wide.

The chapter American Work offers insight into Donald Trump’s election. Its author Richard Russo draws a comparison between the popularity of Charles Dickens’ novel The Pickwick Papers and the outcome of the 2016 US Presidential election.

As Russo explains, The Pickwick Papers was popular among the British working class because they liked seeing their lives reflected in the literature. Russo argues that, in the same way, Trump’s popularity came from a sense of anger. People were angry at the loss of work and there was a sense that they were feeling ignored, undervalued and denigrated.

Caveating his explanation with a clear disdain for the man, Russo says [p.58]:

He’s completely unfit to be president of the United States. As regards the working class, however, he did what Dickens did. He held a mirror up to a whole class of people who are too often ignored. Because Dickens was both a good man and a great artist, what people saw in that mirror was their best selves. And because Trump is neither good, nor great, his distorted mirror reflects little but his supporters’ bigotry and anger. But give the man this much credit. To his supporters he was saying, I see you. I see your value.

Each chapter in the Tales of Two Americas is like a new lesson. It gives the reader an opportunity to see another side to the US. Because as the second half of its title suggests, it is a divided nation. And these stories provide an urgent insight into how we have got to the situation we’re now in. It explains perfectly why a man “completely unfit to be President” is ruling the US and may be getting a grand welcome from the UK.

– Tales of two Americas: Stories of Inequality in a Divided Nation is available from OR Books.

– Read more arts reviews in The Canary and more on Donald Trump.