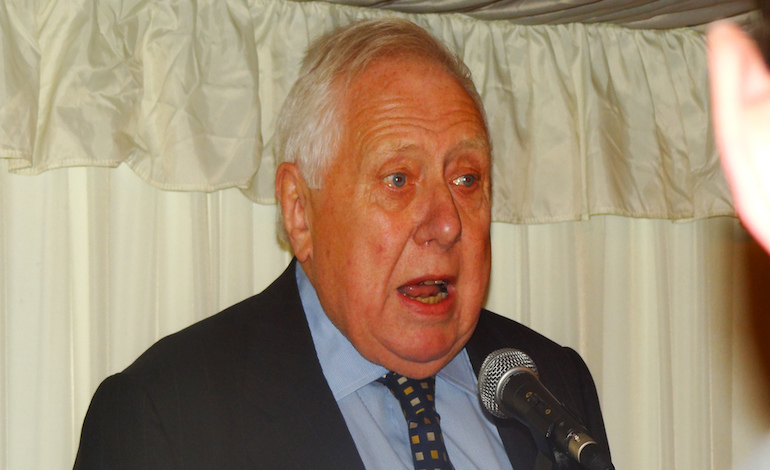 Labour just extended its lead over the Conservatives to 8%, giving it support of 45% in a Survation poll. The Conservatives trail on 37%. If this poll were repeated at the ballot box, it could give Labour a majority victory at a general election. But such outstanding polling for the party seemingly isn’t enough for one prominent Labour figure, who has just said that the party is facing its “greatest crisis.”

Writing in The Observer, Roy Hattersley, a former Labour MP for over 30 years, made the extraordinary claim that Labour is in the midst of “the greatest crisis in its history”. Hattersley is seen as centrist or centre-right on the political spectrum.

Survation got the election right. The Observer front page on Labour going through its “worst crisis in history” I’m afraid, looks bloody stupid

Yes it is extremely stupid but sometimes it's almost better to have the press talking Labour down, because it gets our supporters fired up and cuts complacency dead.

Writer Alex Nunns also highlighted that Hattersley has long been a critic of Jeremy Corbyn:

The day after Corbyn became leader The Observer published an article by Roy Hattersley. He said "catastrophic defeat" would "inevitably follow."

Today The Observer published an article by Roy Hattersley. He says, with equal confidence, that "Labour cannot win." pic.twitter.com/ZIQT6XpsYC

Of course, the “catastrophic defeat” Hattersley wrote about in 2015 did not “inevitably follow”. Corbyn’s Labour closed some of the gap on the Conservatives in the 2017 general election and has led the polls since.

As The Independent reported, Corbyn is far more likely to be attacked by the media than Theresa May. And this article, published by The Observer appears nothing more than another attempt by the media and political class to discredit him and the Labour party he leads. To say a party is in crisis when polls predict a majority victory for it is, as Zarb-Cousin says, “bloody stupid.”