A people-powered revolution is rising against the Tories - Canary 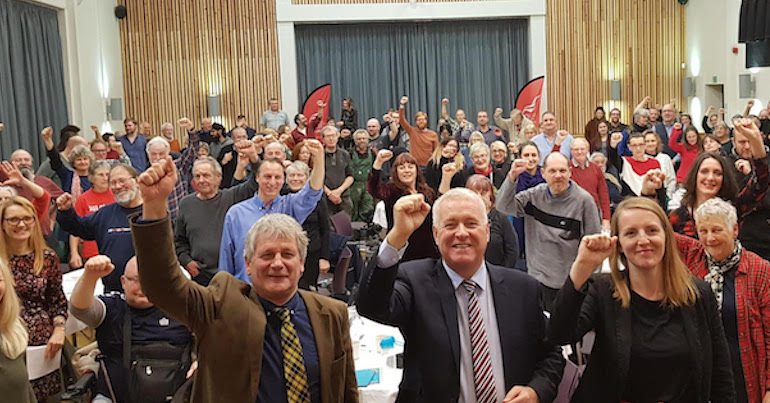 On 5 December, 130 people gathered in Redruth, Cornwall to join forces for a people-powered revolution. But while Brexit chaos raged in Westminster, people from around Cornwall got together to discuss the impact of Tory-led austerity in one of the poorest regions of the UK. And the message from this meeting was clear: people in these communities are taking the lead and are ready to fight for a change in government.

Since June 2018, a Corbyn-led initiative called community organising has been in full swing in areas around the UK. It aims to “build a truly people-powered movement fighting for, and alongside, communities”. This is a new campaign that directly acknowledges the true damage caused by austerity in communities across the country. It’s a genuine alternative to ways that “Tories power their campaigns with elite individuals and tired tactics”. According to organisers, 30% of those who attended the Cornwall meeting weren’t Labour Party members, and a quarter were under 30. The message is spreading.

In the 2017 general election, two Cornish constituencies saw some of the highest swings towards Labour. Camborne, Redruth & Hayle and Falmouth & Truro are now marginal seats.

Conservative policy has devastated Cornwall. 17 neighbourhoods in the county “are among the most deprived (worst 10%) in England”. In 2016, over a quarter of Cornish children were identified as living in poverty. Cornwall also has the third highest rate of homelessness in the country. The NHS, meanwhile, is at breaking point, as it doesn’t get any extra funding despite the influx of visitors in summer. And Cornwall faces the specific challenges of rural deprivation and poverty.

Those at the meeting heard passionate speeches from people working in these communities. Labour chair and MP Ian Lavery and two Labour prospective parliamentary candidates (PPCs) also spoke. What marked a difference in this meeting was the space for discussion. Organisers gathered responses and suggestions from people attending to feed straight back to the Labour leadership.

The first speaker was Tarn Lamb from Cornwall Neighbourhoods for Change. This project supports people across Cornwall who are, as Lamb said, “feeling the effects of a broken system”. She pointed out that 40% of Cornwall’s workforce earns below the living wage. As a result, the project has served over a million meals to hungry families, in a county – the meeting heard – where the highest number of GP prescriptions is for nutritional supplements.

The audience also heard extracts from a letter written by Jeremy Putnam – a vicar in Truro – to Amber Rudd. Putnam said:

The Government should not be surprised that mental health issues are on the rise alongside poverty and deprivation. I can tell you now they are painfully linked. Did you know that when you can’t eat straight – you won’t think straight. When you’re struggling to make ends meet and the system is pitched against you, your self worth, esteem and mental well-being can quickly plummet.

Austerity has damaged the UK. But it’s damaged Cornwall most… We don’t need a general election for us to start taking action. Let’s make this the night we start the revolution in Cornwall.

Lavery gave an impassioned speech and reminded those gathered that poverty isn’t inevitable: in a country with the “6th richest economy in the world”, it’s a “political choice”. He said:

It’s not because the Tories don’t understand it. They know the consequences. They’re targeting people in places like Cornwall… We live in foodbank Britain… Kids haven’t got enough food in their bellies to go to school… We’ve got to change things… It’s got to change.

He reiterated the findings of a UN investigation into extreme poverty in the UK which also concluded that it’s a “political choice” of the ruling Conservative Party. As Lavery said: “it doesn’t have to be this way”. He also pointed out that Labour is “under new management” and that its manifesto directly challenges these issues.

“The revolution in Cornwall”

The fact that 130 people came out on a dark, wet December evening to find out how they can take action in their communities shows that the people of Cornwall have had enough of Tory austerity and are ready and willing to unite together and fight. The revolution in Cornwall started tonight. Together we can shift the balance of power in this country back into the hands of the many.

This meeting was about the challenges for communities ravaged by poverty and austerity and how to build strong narratives for a new way of doing things. See said that 88 people signed up for training, to take this message back out to their communities and keep the revolution growing.

On a rainy night in Cornwall, hearing so many people declare the start of a revolution to make this change was truly empowering. The Tories don’t stand a chance against this.