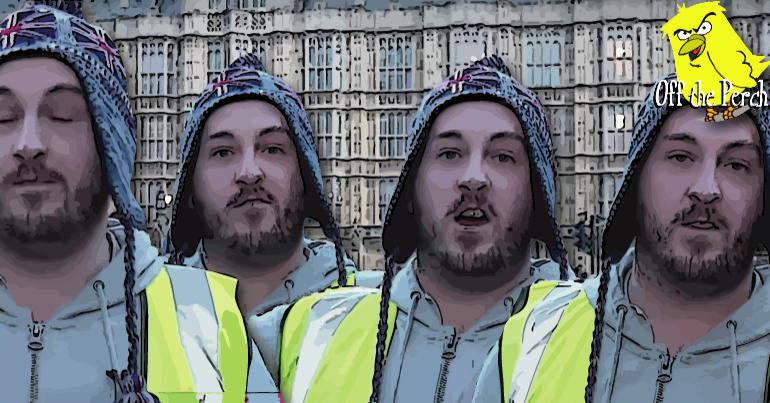 Since the Brexit vote, frothing shit-rags like the Daily Mail have really ramped up their rhetoric. The headlines produced in this period have been more hateful than Nick Griffin’s amateur poetry. This is unfortunate, as a freak accident means several of these headlines have now come to life.

The headlines proved so toxic that the newspapers they were printed on had to be treated like nuclear waste. As part of our super Brexit strategy, we paid a Taiwanese firm to dispose of this toxic waste for us. The problem is they stored it with nuclear refuse and when lightning struck, the headlines came to life.

Since then, these yellow-glowing menaces have been hanging around outside Westminster – threatening ‘enemies of the people’ and ‘saboteurs’. Weirdly, the police have just stood by and watched – even as the mutants threatened them:

The head of the police explained:

The UK police are notoriously powerless to arrest people who are threatening them. Just visit any town centre on a Saturday night and you’ll see that. Obviously, we need new powers to ban any group of two or more people gathering outside with intent.

The tabloids have denied their role in creating these toxic crusaders. They just haven’t denied it too firmly, as obviously a lot of their readers are on board with this sort of thing. This is exactly what the tabloids have prepared them for, after all.