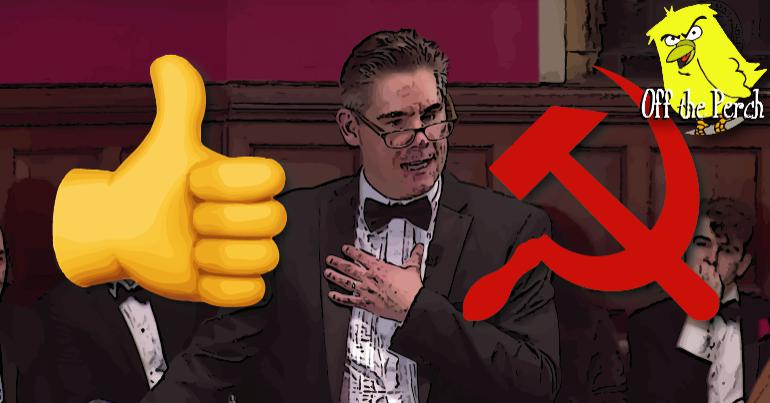 On 23 January, Owen Jones made a joke about nationalising Dyson: 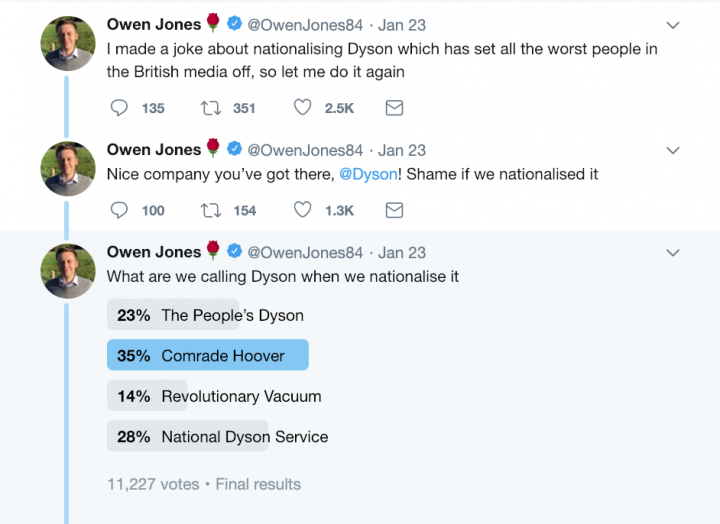 Lot of people laughing at @OwenJones84 nationalisation threat to Dyson. They shouldn't be laughing. Because this is precisely the philosophy that will underpin UK Government policy in the event of a Corbyn government. Not redistribution, but retribution.

As ridiculous as his suggestion was, it did give the Labour top-team an idea:

Why not nationalise Dan Hodges?

Dan of the people

I’m sorry to report that Dan Hodges, as things stand, is completely and utterly shit. He may serve the interests of Mail owner Lord Rothermere, but he does nothing for the majority of people in this country. That’s why we’ve decided to buy him out.

Rather than waiting to seize power, Labour sent a crack-team of vegan commandos to abduct Hodges. They then whisked him away to an abandoned Toys R Us – threatening to douse him with non-organic yogurt if he tried anything. Once there, they instructed him to write several opinion pieces that actually served the public’s interest.

“How am I supposed to type when you insist on me holding this hammer and sickle?” he asked.

After several hours of rigorous re-education, Hodges admitted his error, and agreed to start writing. The problem was he didn’t know how to write insightful analysis in the people’s interest. He overcame this problem by just doing the opposite of whatever he thought seemed right. This led to articles like:

Now that I think about it, I can see a difference between Stalin’s bloody revolution and the call to stop Richard Branson treating formerly public services as his personal fuck pigs.

Hodges may not like being nationalised, but that’s socialism I’m afraid. We wouldn’t get anywhere unless we carried out the baseless fantasies of tepid political commentators. Although Hodges should be glad that one of his predictions has finally come true, at least.